Microsoft Research has unveiled a new portable, flexible mat with a bunch of sensors so that it can detect touch input, gestures made in the air above the mat, or objects placed upon it.

The Project Zanzibar mat uses a combination of capacitive touch sensors and NFC (near field communication) to track objects in real-time, and the data can be transmitted to a computing device. And it can send data to a smartphone or tablet via Bluetooth (so that, for example, you can move your phone over the mat to reveal text or graphics on your mobile display).

Oh, and it also works as a wireless charger, capable of sending electricity to low-power devices that may not need their own batteries.

So what’s it for? The developers behind Project Zanzibar have a few ideas, but at this point it’s just a research project that they’re showing off at the CHI 2018 conference in Montreal later this month, so it’s not clear whether Project Zanzibar will ever become a real product that you can buy. 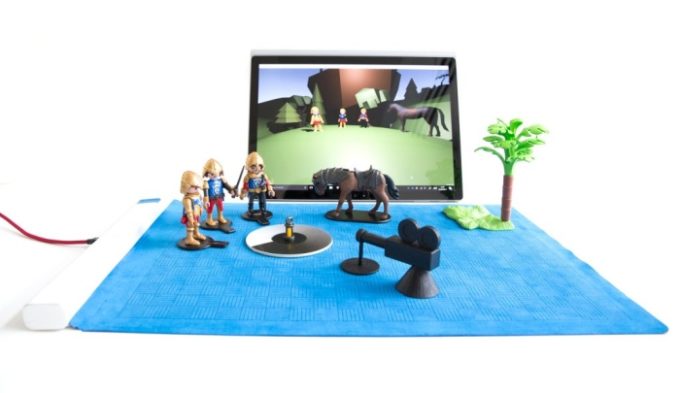 A demo video shows a few examples of how you could use Project Zanzibar mats. For example:

I doubt that Project Zanzibar-style mats will replace keyboard, mouse, or touchscreen input anytime soon. But it does seem like it could open up a whole new way to interact with computers, and not just for educational or gaming purposes. For example, it’s not hard to imagine this sort of system being used by home decorators or other design professionals as they walk you through a proposal by placing a couch or dining table on the mat and showing you a 3D view of what the room would look like on a screen.

The reliance on NFC tags means that you’ll probably have to jump through some hoops to create your own uses for this sort of system. But if it catches on, I suspect we could see companies release cards, toys, or other objects that are designed to work with specific apps.