Microsoft’s new Windows Terminal app is here… or at least a public preview is. First announced in May, the new app provides a bunch of features that Microsoft’s earlier command line tools lacked.

It also brings all those command line tools together in one place: you can use Windows Terminal to interact with the Windows Command Prompt, PowerShell, or Windows Subsystem for Linux.

The Windows Terminal app preview is now available for download from the Microsoft Store and it should work on any machine running Windows 10 version 18362 or higher. According to Microsoft, version 1.0 is scheduled to launch this winter. 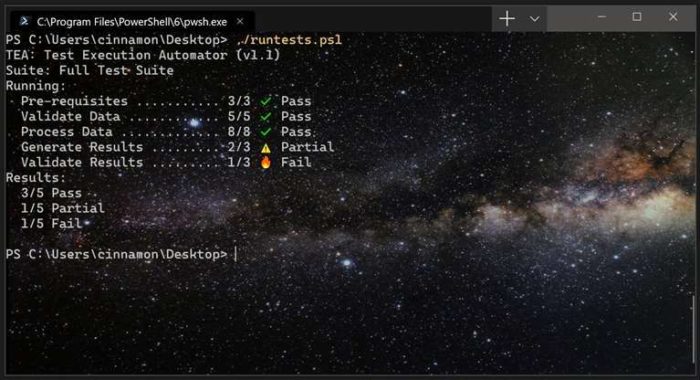 Among other things, the new app adds support for:

Microsoft says users can customizing settings by editing the profiles.json file which is accessible from the settings menu. And users can create custom key bindings for any terminal function. They’ll also be visible from a drop-down menu for your profile to help you remember your custom shortcuts.

Windows Terminal is also an open source project, and the code is hosted at github.