Windows 10 is designed to run across a range of devices including smartphones, tablets, notebooks, desktops, and even holographic computers. It’ll also support extremely low-power devices like the Raspberry Pi 2… and now you can download a preview of Windows 10 for those devices.

Just don’t expect to use Windows to turn your Raspberry Pi into a fully-functional Windows PC. What Microsoft is making available is a new version of its operating system called Windows 10 IoT Core. 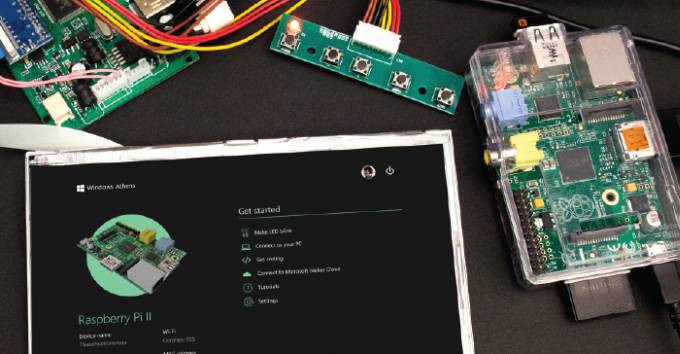 That means you don’t get a Start Menu, desktop, taskbar, or support for Office or existing third-party Windows apps such as Photoshop, Kodi, or Firefox. If you want to turn a Raspberry Pi into a full-fledged desktop PC, you’re probably better of sticking with Linux for now.

Instead, this software is aimed at “Makers” interested in developing simple apps for low-power systems. Right now there’s support for systems including the Raspberry Pi 2, Intel MinnowBoard Max and Galileo developer boards, and Arduino systems.

You could use Windows 10 IoT Core to program a robot, security camera, weather station, or other projects. But you’ll need to use a computer running the full version of Windows 10 to write the code and send it to your device.

Microsoft is releasing Windows 10 IoT Core as an early preview and the company says it still has some rough edges.

YouTuber DeployMentArtist has a video showing how to set everything up.