Microsoft really wants developers to bring their apps to Windows. Earlier this year the company announced that it would offer tools to let developers of Android, iOS, and web apps into native Windows apps that could be distributed through the Windows Store.

Now Microsoft is launching a preview of its Windows Bridge for iOS… and the company is releasing the software as an open source project. The source code is available at github. 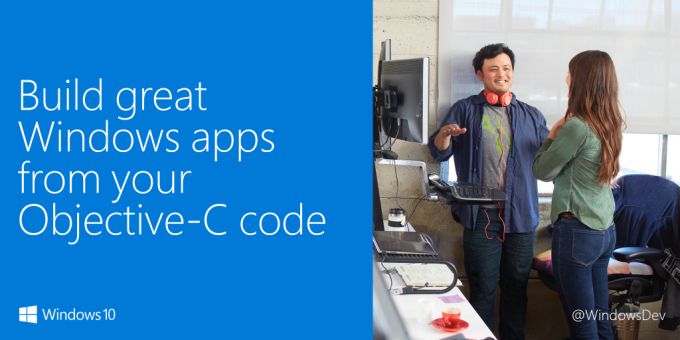 Microsoft says it doesn’t want to simply let developers “port” existing iOS apps to run on Windows. It wants them to become full-fledged Windows apps with support for Windows APIs.

The iOS Bridge lets provides developers of iPhone and iPad apps with tools to bring their apps to Windows and tap into Windows features including notifications, location detection, Xbox achievements, Windows Store payments, and more.

The software includes an Objective-C compiler and runtime, support for many iOS APIs, and integration with Visual Studio 2015.

So far the iOS bridge supports Windows 8.1 and Windows 10 and x86 and x64 architectures. In the future Microsoft will add support for ARM-based chips, which will make it easier for iOS app developers to bring apps and games to Windows 10 smartphones and small tablets.

Microsoft says the final version of the iOS Bridge will be available this fall.