About a month after releasing the first Windows 10X emulator image to help developers prepare for the upcoming launch of a new version of Windows designed for foldables and dual-screen devices, Microsoft has launched an updated emulator and a new Windows 10X image. 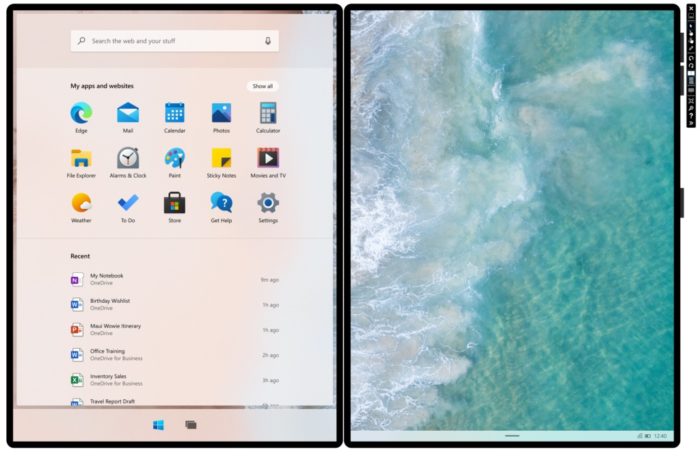 For the most part, the updates aren’t all that exciting — there’s a new EULA (end user license agreement) allowing you to run the emulator on more versions of Windows, and the Microsoft Emulator Manager can now check for updated images within the app itself.

But there are also a few new features that should give us a slightly better idea of what to expect from Windows 10X when it’s ready for the public in the second half of 2020.

There’s a beta version of a new File Manager app, for example — and you can’t use it unless you sign in with a Microsoft account, because it’s designed to sync with your OneDrive account.

Microsoft notes that the new emulator image (build 19578) also “applies the windowing model for Windows 10X to your Win32 apps running in the container,” which means that they’ll work more like Universal Windows Platform apps when moving between single-window and dual-screen views.

There are still some known issues in the update — according to the release notes “occasionally, apps running in the Win32 Container may not display correctly. Tapping the tile in the taskbar typically brings up the app properly” and you may see some other errors such as a “GPU is not running” error code or a non-responsive Lock Screen.