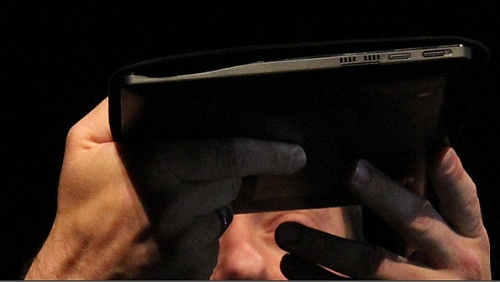 TechEd 2011 New Zealand is in full swing, and Microsoft looks to be playing a little bit of show-and-tell with the next generation of Windows and the devices that will run it. Among the devices shown was an unnamed quad-core Windows tablet.

What else is known about the slate? Not much, other than that Microsoft’s Jeff Johnson stated that the company plans to give away the tablet at an upcoming event.

If extrapolation is the order of the day here, it’s probably a safe bet that he means BUILD 2011 this September. And if Johnson means BUILD, there’s a good chance this tablet will be given away with the first official public preview of Windows 8.

Now, cramming four Intel cores into a tablet this thin probably isn’t going to happen. An AMD APU? Possible, but not likely. But the NVIDIA Kal El quad-core processor was already rumored to hit the market at about the same time as this giveaway and we also know that Windows 8 was previously shown running on ARM hardware.

So is this a Windows 8 tablet running a quad-core Kal El processor? We’ll have to wait until next month to find out, but we do already know a bunch of other people are going to get one of them for free.