For the past few years Microsoft has been offering a free, ad-supported version of Office 2010 to customers that buy new Windows computers. It doesn’t have all the features you get with the full version of Office, and only includes Word and Excel, but that may have been enough for many users.

Now Microsoft is getting ready to discontinue Office 2010 Starter. By the time Windows 8 is released, most computers that would have included the software will instead ship with links to download trial versions of Office. Microsoft will also continue to offer its free Office web apps. 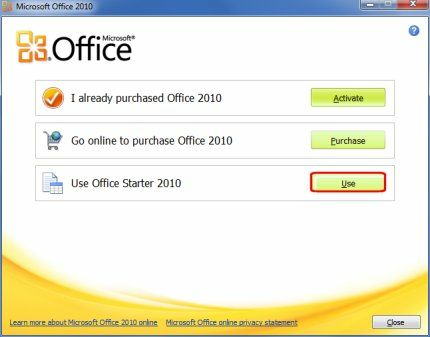 Over the past few years Microsoft has seen increasing competition in the office space. OpenOffice.org and LibreOffice give Windows, Mac, and Linux users the ability to create, edit, and view text, spreadsheet, and presentation documents for free. Google Docs, Zoho, and other web-based services offer many of the same features, requiring only a web browser and an internet connection.

But Microsoft still dominates the office space, and I wouldn’t be surprised if the company found itself losing some revenue by giving away software that it once charged for.

At $99, Microsoft Home and Student is fairly reasonably priced for those that aren’t happy with free alternatives (although I suspect many of the folks that just use Office because it’s preloaded on their computers may not be aware that there are free alternatives). But if you need Outlook, Access, or Publisher, those apps don’t come in the $99 package and you currently have to spend $250 to $500 for a premium version of Microsoft Office.

Microsoft is working on Office 2013, as well as a new version of Office designed for Windows RT, and we could see a different pricing structure once those new apps are available.

via PC Pro and ZDNet