It’s been more than three decades since Microsoft released the first version of Paint, a simple drawing app for Windows. This week we learned that Paint was one of the Windows features that would be deprecated when the upcoming Windows 10 Fall Creators Update launches.

Deprecated, in Microsoft speak, generally means an application or feature is no longer under active development and may eventually be removed from future versions of the operating system. 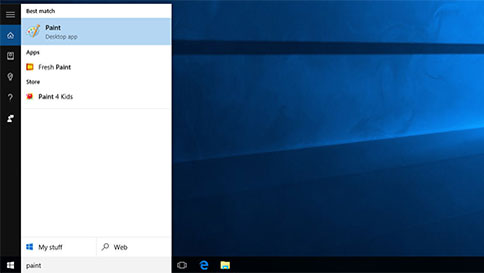 The decision to put Paint on the list of deprecated features got a lot of attention, and Microsoft announced that Paint isn’t going away yet… At least not exactly.
What is happening is that Paint is moving to the Windows Store, where it will be available as a standalone app that you can download for free.

Microsoft makes no promises that it’ll continue developing Paint, so it’s unclear if it’ll ever see a new feature, a bug fix, or any other changes moving forward. But Microsoft does plan to continue developing the new Paint 3D app that was introduced in the first Windows 10 Creators Update. That version of Paint will get new features moving forward.