Microsoft lets anyone get up to 15GB of free cloud storage when they register for the company’s OneDrive service. But through the end of September you can double that amount for no extra charge.

When you install the OneDrive app for iOS, Android, Windows Phone or Windows and enable the camera roll function to automatically backup your photos you’ll see your storage limit jump to 30GB.

The promotion runs through the end of September. After that you’ll have to pay if you want more than 15GB of storage space, but if you enable the camera roll feature before then you’ll get to keep the extra storage space indefinitely. 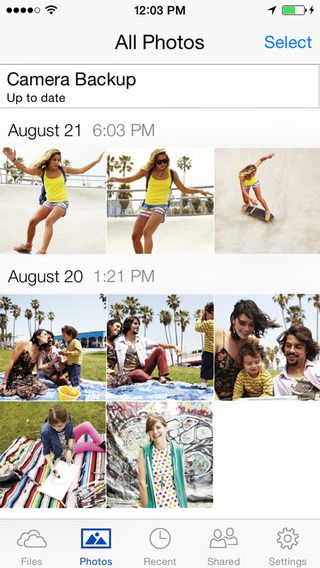 Existing OneDrive users just need to enable the Camera Roll feature if it’s not already enabled. If it is, they should see their storage space increase automatically.

Microsoft is running this promotion to coincide with the launch of the iPhone 6 and release of iOS 8.

What’s Apple’s new operating system have to do with Microsoft’s cloud storage service? Many iPhone and iPad owners are finding that they don’t have enough free space on their devices to download and install iOS 8, which requires up to 7GB of free space.

OneDrive (or other cloud storage services) can let you free up space on your device by backing up your photos or other content to the cloud. At least that’s the idea.

You could also use iCloud, Box, Dropbox, Google Drive, or other cloud storage services — but by offering 30GB of online storage space for free, Microsoft is currently giving away more free storage than most of its US-based competitors. It’s tough to compete with Chinese companies which offer up to 10TB for free though.