Microsoft is working on a new app which quickly share links, photos, text, or other content between devices. Copy a phone number to your clipboard on your computer and it’s instantly available on your iPhone. Save a photo on your phone and you can view it on your desktop.

The app is called OneClip and it hasn’t been officially released yet. But an image showed up on Twitter recently, and a beta version for Windows Phone is available from the Windows Store. 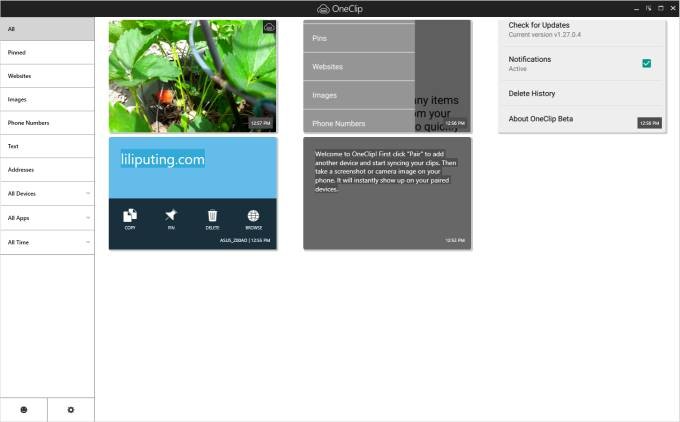 Want to take a pre-released build for a test and not worried about installing apps from unkown sources? WMPowerUser has posted download links for Android, iOS, and Windows versions of OneClip.

As a lot of people have noted, there’s already an app that offers similar features. It’s called Pushbullet, and it supports Android, iOS, Windows, OS X, and popular web browsers including Chrome, Firefox, Safari, and Opera.

Pushbullet is more than just a clipboard though: in addition to showing items you’ve saved to a cloud-based clipboard on all your devices, Pushbullet can also send notifications from your phone to your PC, letting you see details about incoming phone calls, text messages, or other communications.

On the other hand, OneClip has a few unique features of its own, including the ability to detect what type of data you’re saving to the clipboard (such as phone numbers, addresses, or pictures) and organize your clips into appropriate categories. 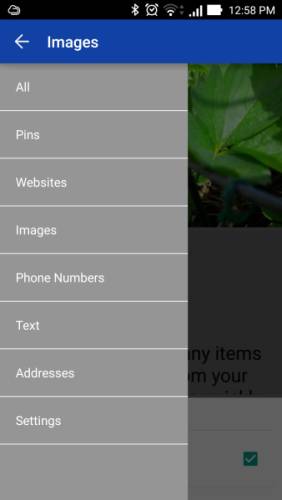 You can also sort clips by time or by the device which they were shared from.