Microsoft may offer versions of its Office software for iPad, iPhone, Windows Phone, and Android. But the company still hasn’t released a version of Office for touchscreen tablet, notebook, and desktop computers running Windows 8.1.

But the company’s working on a touch-friendly version of its Office suite, and Microsoft showed a preview today at the MS Build 2014 conference in San Francisco. 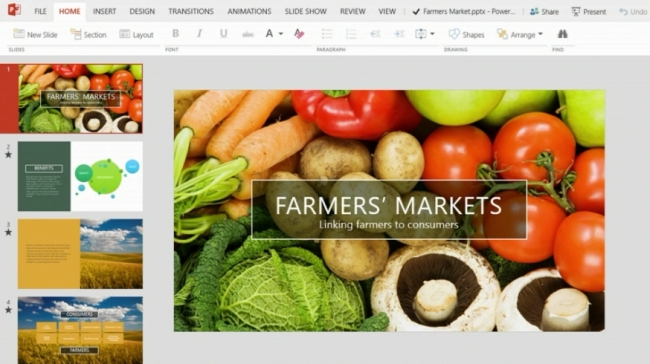 The new office suite features support for gesture-based navigation such as swiping to move between slides in a PowerPoint presentation, or pinching-to-zoom. You can also swipe down from the top of the screen to bring up extra options such as a pen you can use to circle parts of the presentation.

In all apps, the ribbon user interface has been tweaked with larger buttons. And there’s a touch-friendly file selector.

Office will use some of the same technology Microsoft offers developers for creating Universal Windows Apps — so Windows tablet users will be able to use the same Office user interface as smartphone users in the future.

One reply on “Microsoft Office for Windows touchscreen devices previewed”