Microsoft Word, Excel, and PowerPoint are now available for Android phones… sort of. You can download and install the apps for free, but you’ll need to sign up as a beta tester because right now Microsoft’s Office apps for Android phones are still in the “preview” stage.

The launch of the new Android phone preview comes about four months after Microsoft launched preview versions of its apps for Android tablets. 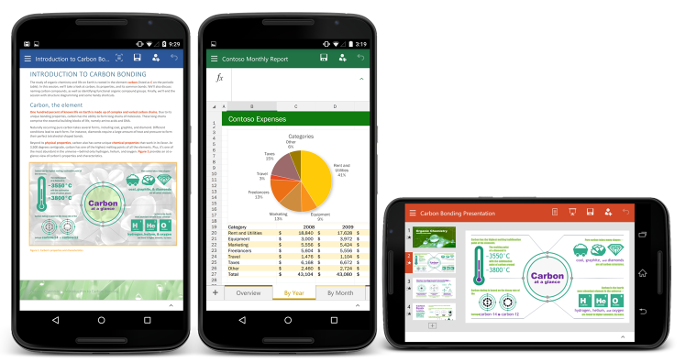 The smartphone apps have all the same basic features as their tablet counterparts. You can open, view, edit, and create documents, collaborate with other users by sharing documents with comments, track changes, and more, and there’s support for opening and saving files to cloud services including OneDrive, SharePoint, Google Drive, Dropbox, and Box.

The user interface has been tweaked to work better on smartphone-sized screens. But if Office for Android phones looks familiar, that’s because the Android apps bear a pretty striking resemblance to the new Office Universal apps designed to run on Windows phones, tablets, and other devices.

If you’re testing Office on an Android phone, Microsoft recommends a device with at least 1GB of RAM and Android 4.4 or later.