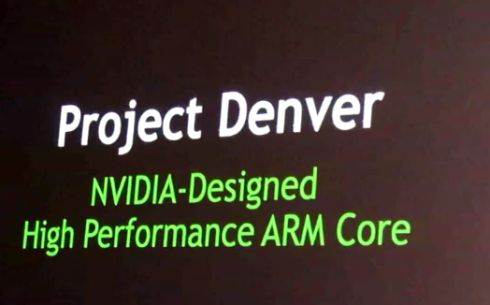 Microsoft has announced that the next version of Windows will run on “System on a Chip” (SoC) architectures including ARM-based processors. While Microsoft was making this announcement, NVIDIA was busy teasing us with something called Project Denver — an upcoming high performance ARM chip that will be able to run desktop operating systems. You know, like Windows.

Microsoft says Windows will also be able to support chips from Qualcomm, Texas Instruments and others, as well as SoC platforms from Intel, AMD, and other companies working on x86 SoC architecture.

This means support for hardware-accelerated graphics in Windows, the full version of Internet Explorer, and other Windows apps will work on ARM-based chips.

This could have huge implications for low power ARM-based tablets, notebooks and other devices, but it also means we’ll likely see a growing number of high performance chips from companies like NVIDIA designed to change the way we think about the distinctions between desktop and mobile computing applications.

You can check out a video of NVIDIA CEO Jen-Hsun Huang teasing the new Project Denver CPU after the break.

9 replies on “Microsoft: Next-gen Windows will run on ARM”