Microsoft has been demonstrating how its Hololens mixed reality headset could be used for virtual meetings for about as long as Hololens has been a thing. Now the company is launching a new virtual meeting platform called Microsoft Mesh that works with Hololens, but also with a range of other hardware including phones, tablets, PCs, and VR headsets.

The idea is to allow participants to use the hardware that’s available to them to meet in a virtual space and interact with other users and virtual items. You could look at virtual representations of new products, or help design them with other users in real-time. You could hold team meetings in a virtual space whether your team is always distributed, or whether you’re working remotely during a pandemic. Or you could play games.

In addition to Hololens, Mesh works with Windows mixed reality headsets like the HP Reverb G2, Oculus headsets including the Quest 2, PC and Mac computers, and smartphones and tablets. But some of the most immersive experiences are clearly with VR or augmented reality headsets.

Microsoft’s Alex Kipman demonstrated the platform by holding a portion of the first MS Ignite 2021 keynote in a Mesh environment with a few dozen attendees showing up as digital avatars. 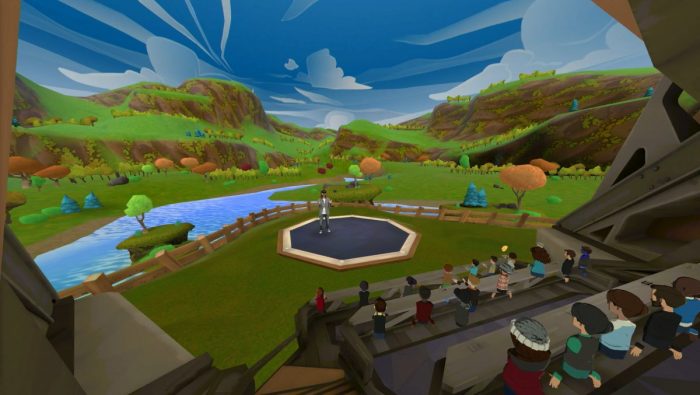 The CEO of Niantic, the game developer behind the popular Pokémon GO smartphone game joined the event to talk about the company’s plans to create mixed reality games that work with the Mesh platform and to show off a proof of concept demo of Pokémon GO for Hololens.

While the game’s not available for the public at this point, the demo showed what it would look like to have a multiplayer game where users can interact with location-aware, interactive virtual characters in real-time. 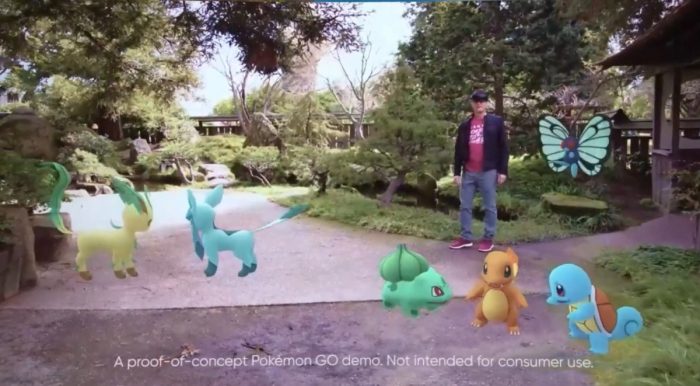 Filmmaker James Cameron also made an appearance during the keynote to talk about how technology enables his work… while standing next to a 3D model of a submersible vehicle that he had designed and used to dive 7 miles under the sea, thus both demonstrating the possibilities of Microsoft Mesh in using mixed reality as a platform for making demonstrations, holding meetings, and creating media – he envisions a future where media makers like him can create interactive, 3D content for mixed reality platforms rather than just 2D images on a screen. 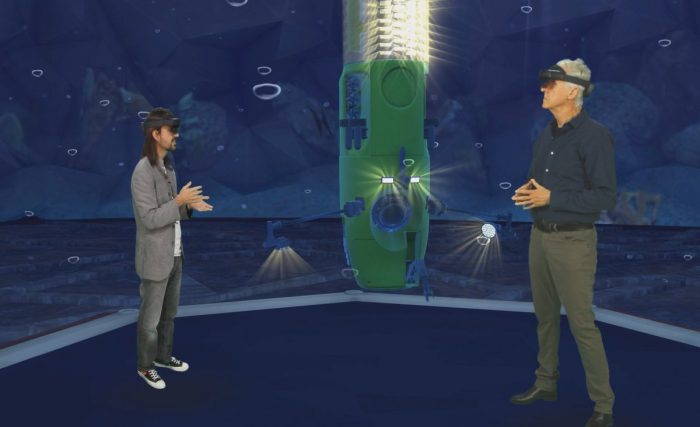