There aren’t a lot of companies offering smartphones running Windows software these days… and it looks like there aren’t a lot of people buying them either. In its latest SEC filing, Microsoft revealed that it sold only 2.3 million Lumia phones in the most recent quarter, down from 8.6 million during the same period a year earlier.

The good news for Microsoft’s hardware division is that revenue from sales of Surface tablets and notebooks was up by more than 50 percent during the same quarter.

But these numbers come at a time when Microsoft is largely shifting its focus in an effort to sign customers up for subscription services like Office 365. 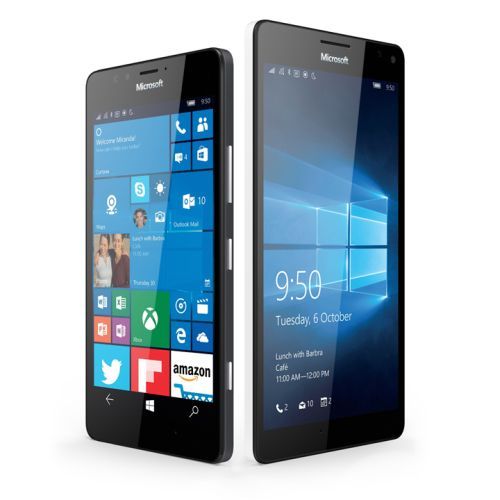 So while phone revenue was down, Microsoft says revenue from productivity, business, and cloud services including Office 365, Azure, and Dynamics CRM Online was up.

One of the best ways to convince customers to sign up for those subscription services is to lock them into the Microsoft ecosystem by getting people to adopt Windows on all their devices including notebooks, desktops, phones, and tablets. But there are other options: as Lumia phone sales plummet and few other device makers are opting to offer Windows 10 Mobile hardware, Microsoft is offering many of its apps and services for other platforms, including Android and iOS.

Not only are there Office, Outlook, and Cortana apps for those platforms, but Microsoft has even developed a number of apps that are specifically designed for competing operating systems, such as keyboard apps or lock screen apps which have no counterpart on a Windows phone.

I doubt Microsoft will stop developing its own mobile operating system anytime soon: mobile is too much of a growth market at a time when growth in the personal computer space is flat or falling. But at this point there’s probably a better chance that if you use Microsoft apps on your smartphone, you’re doing it with an Android device than a Windows 10 Mobile phone.