One of the first smartphones that you can also use as a desktop computer launches this week. AT&T starts taking pre-orders for the Microsoft Lumia 950 on November 17th and the phone should be available in A&T stores on November 20th.

It’s also one of the first phones to support Microsoft’s Continuum software: hook up a keyboard, mouse, and monitor using a Display Dock and the phone will give you a desktop-style user interface for running Office, Outlook, and other apps on a big screen. 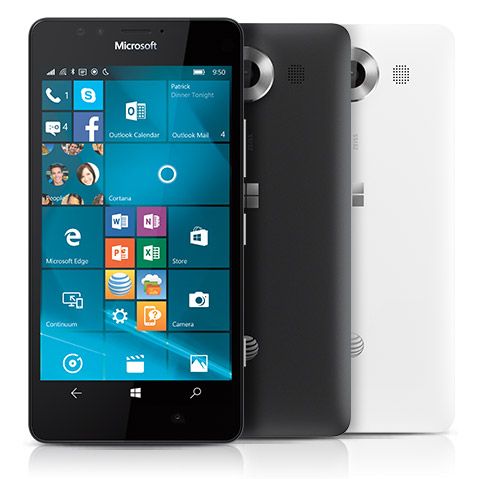 In order to use the Continuum for phone features you’ll need a Microsoft Display Dock HD-500, which is sold separately from the phone.

AT&T will offer the phone in white or black, and customers on the company’s Next plans will be able to pick one up for $150 with a 2-year commitment or pay for the Lumia 950 in installments:

In other words, the phone costs about $599, but you have several options for spreading out those payments. AT&T is also offering a limited time promotion: buy a Lumia 950 on an AT&T Next plan and you can get a Surface 3 tablet for $400 (which is about $100 off the normal price — although the Surface 3 will be available for $400 on Black Friday this year… no phone purchase required).

There are at least two other phones with support for Continuum on the way. The Microsoft Lumia 950 XL is a larger phone with a 5.7 inch display and a Snapdragon 810 processor, and the upcoming Acer Jade Primo is a 5.5 inch phone similar specs to the Lumia 950 and an expected starting price of $400.