Microsoft plans to launch a new line of premium Lumia smartphones that will run Windows 10 Mobile software and support Continuum for Phone features, allowing you to connect the phones to an external display and use them like desktop computers.

There’s not really a lot of mystery surrounding the upcoming Lumia 950 and Lumia 950 XL. Information has been leaking for weeks.

But the latest leak seems to come from an internal Microsoft presentation and the slides confirm the specs and features. 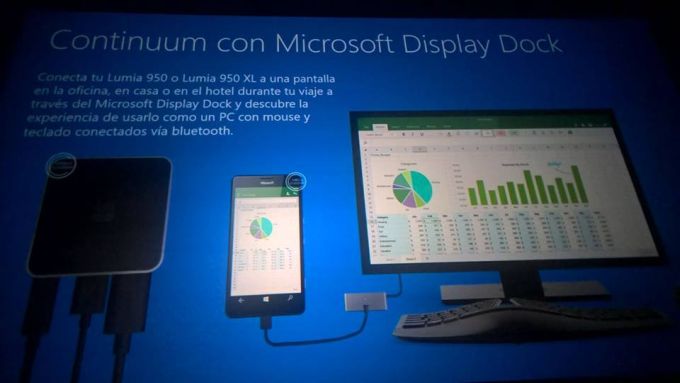 Forever Nokia Latinoamérica posted the images on Facebook, giving us an early look at the Microsoft Display Dock, among other things.

The Display Dock is an optional accessory that will let you connect a keyboard, mouse, and display to one of Microsoft’s new phones. 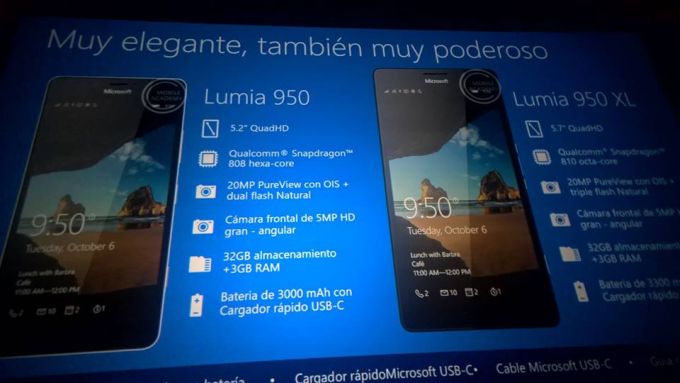 The phones are also expected to feature polycarbonate cases, Qi wireless charging, and support for Windows Hello, allowing you to unlock your phone with facial recognition.

Microsoft is holding an event on October 6th, where the company is expected to officially introduce the phones. That’s when we’ll probably learn the two things we currently don’t know already know: how much the phones will cost and when they’ll be available for purchase.