This summer Microsoft will launch an “anniversary update” for Windows 10 that will bring new features for pen input, support for logging into websites with a fingerprint, and an Ubuntu file system that lets you use Bash to run command-line Linux apps without a virtual machine.

But you don’t have to wait until this summer to try some of those new features. Microsoft is rolling out a new preview build of Windows 10 to members of the Windows Insider program. Among other things, it’s the first release to feature support for Bash on Ubuntu. 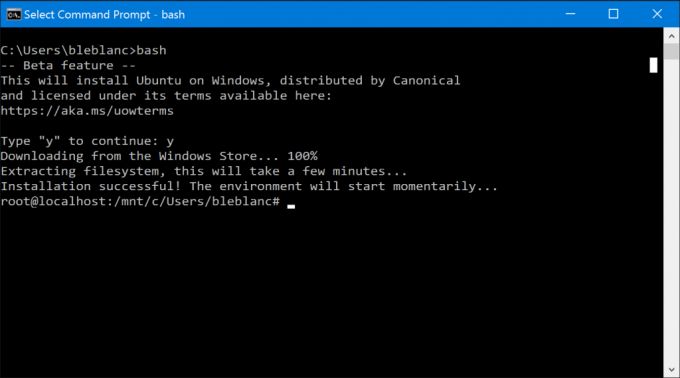 Windows 10 Insider Preview Build 14316 supports Bash, but you’ll need to turn on Developer Mode from the Update & Security settings first. Once you’ve done that, you can just type “bash” into a command window to download and install Ubuntu on Windows.

Keep in mind, this is a tool aimed at developers that want to use Linux software. It’s not designed to let casual users run native desktop Linux apps on a Windows machine. There’s no out-of-the-box support for Linux-based desktop environments or software with a graphical user interface.

Other new features in Build 14316 include:

Microsoft has also updated its virtual desktop feature, provided more details about the progress of Windows Updates on the installation screen, and made a number of other changes, which you can read about in the company’s official blog post announcing the new build.

Keep in mind that this is a preview of upcoming features… so there may still be some bugs, and some features may change before they’re launched for all users this summer.