Up for pre-order now for $600 and up, the new model looks nearly identical to its predecessor. But it has a newer, faster processor with significantly better graphics. And the entry-level configuration now comes with a 128GB SSD rather than 64GB of slower eMMC storage. But the starting price did go up by $50. 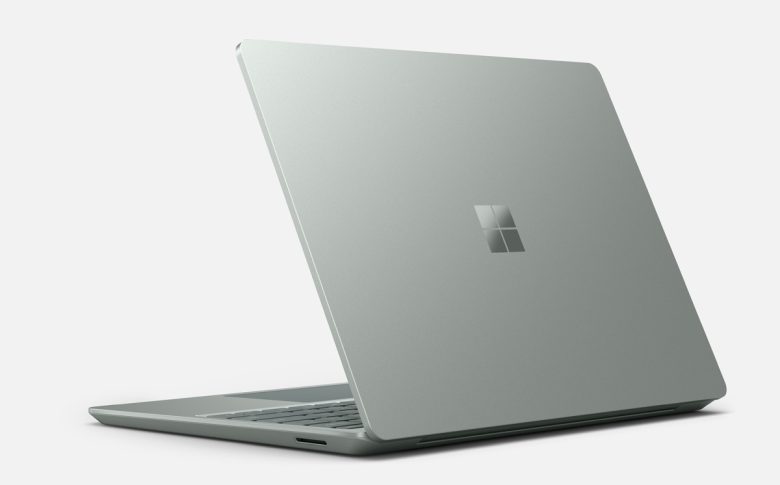 As expected, the key difference between the new model and its predecessor is that Microsoft swapped out a 10th-gen Intel Core i5 processor with Intel UHD integrated graphics for an 11th-gen chip with Iris Xe graphics. While that’s not exactly state-of-the-art tech anymore, it still should bring enough of a performance boost to make the new Surface Laptop Go 2 a bit more attractive.

It’s also a small enough spec bump, though, that I wouldn’t expect anyone who already owns a 1st-gen Surface Laptop Go to spend money upgrading to a new model. Both laptops have the same display, the same ports, the same memory options, speakers, webcams, and nearly identical designs.

That said, there is a new Sage color option for the Surface Laptop Go 2, and Microsoft notes that the keyboard, trackpad, display, and battery are all designed to be serviceable (which means they can be replaced by an authorized dealer – Microsoft isn’t committing to supporting self repairs).

Here’s how the two models compare:

A few more things to keep in mind about Microsoft’s version of a budget laptop:

There’s also a business version of the Surface Laptop Go 2 which should be available with up to 16GB of RAM and 256GB of storage.