Microsoft hasn’t exactly killed off Internet Explorer yet, but when the company launched Windows 10, it came with a brand new web browser called Edge, based on a new web rendering engine called EdgeHTML.

A few months ago the company announced it was going to drop that rendering engine and start using Chromium, the open source software at the heart of Google’s Chrome web browser (along with many other web browsers including the latest versions of Opera).

Microsoft’s new browser is still called Edge. But it’s a mix of features that you’d expect from Edge and Chrome — and now you can download and install a pre-release version if you want to take the new Edge for a spin. 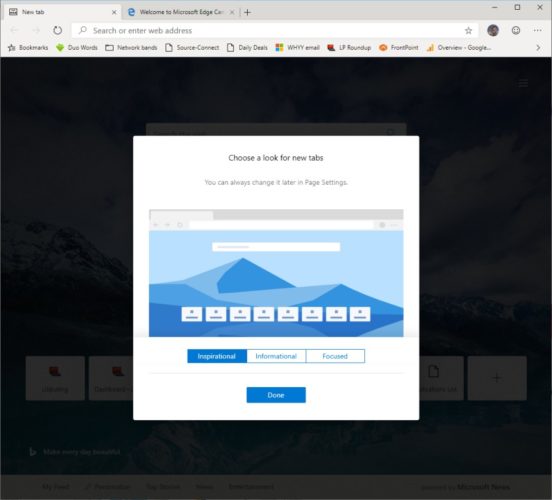 While Microsoft hasn’t released a stable build (or even a public beta) of the new Edge yet, there are two options listed on the new Edge Insider website: Dev Channel and Canary Channel, with builds updated weekly and daily, respectively.

Keep in mind that these are development releases that are updated frequently, so you may see new features before they’re ready for prime time… and plenty of bugs.

But I took a Canary Channel build for a spin, and while it has menus, icons, and other features that look like Edge, it behaves like Chrome and even imports your settings from Chrome quickly during setup if you already have Google’s web browser installed on your computer.

There are a few obvious differences. For example, if you want to install a browser extension, you’ll be taken to a Microsoft Store page. What Google calls Incognito mode, Microsoft calls InPrivate. Dark mode is enabled by default if you open developer mode. And there are some options that aren’t included out of the box in Chrome, including Microsoft’s “Read aloud” feature that will read the text of a website to you. 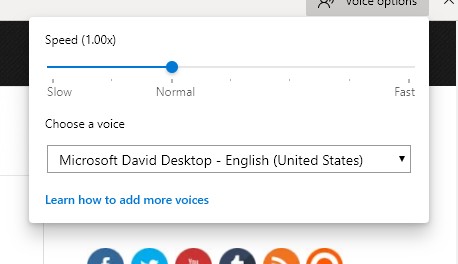 WalkingCat found a set of slides showing more details about how the new Edge was developed and what changes Microsoft has made to Chromium. 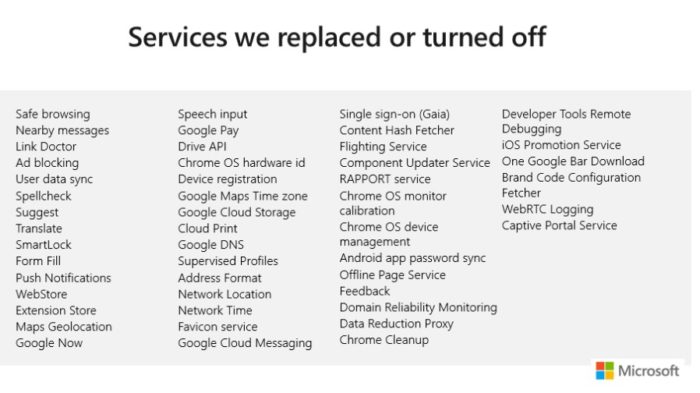 Overall, the new Edge seems like a pretty intriguing new option in the browser space.

Microsoft is also contributing to the Chromium open source project: the company says its contributions have included work on ARM64, touch, and accessibility.

But that said, I know some folks aren’t exactly happy to see Microsoft give up on developing its own rendering engine. On the one hand, adopting the dominant technology in the browser market means that users are unlikely to visit sites that can’t be rendered properly. On the other, that puts a lot of control into Google’s hands rather than in open standards that can be implemented by multiple development teams.