Microsoft is officially kicking off Windows 8 season today with the launch of a developer preview version of Windows 8. The operating system has been completely retooled to work on a wide range of devices with support for keyboard and mouse input or touch input. In other words, it’s one operating system that’s designed to run on laptop, desktop, and tablet computers — and Microsoft is encouraging device makers to produce desktop and laptop computers that have touch-capable screens to take advantage of all of the features. 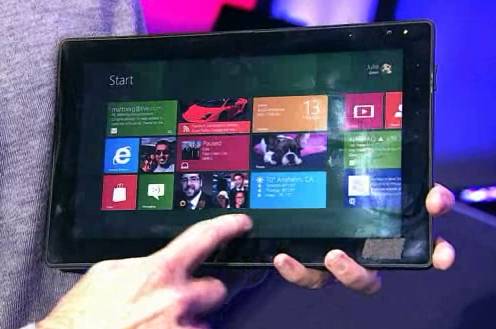 The operating system is also able to run on computers with x86 or ARM-based processors, and the photo at the top of this post actually shows an ARM-based tablet.

While Windows 8 has been optimized for finger input, there’s also support for a digital pen — or for classic keyboard and mouse use. In fact, Windows president Steven Sinofsky says that Windows 8 can do everything Windows 7 can do, which means that existing apps should run without problems.

In fact, when you plug in a keyboard and mouse, the Start Menu moves from the top of the screen to the bottom, giving you more of a classic Windows user experience.

The other good news is that Windows 8 doesn’t require more system resources than Windows 7. In fact, Sinofsky showed off the operating system running on a Lenovo IdeaPad S10. That’s a netbook that was launched in 2008, with 1GB of RAM and a 1.6 GHz Intel Atom N270 processor. Sinofsky says that while Windows 7 used 404MB of RAM and 32 processes while idle on the Lenovo netbook, Windows 8 uses just 281MB of RAM and runs 29 processes.

That said, the start of the show is the Metro style user interface which offers a new lock screen, start screen, and a completely new program launcher, file browser, and full-screen user interface. Internet Explorer has been redesigned as a full-screen app which has what Sinofksy describes as a “chromeless” experience. That has two meanings: first the toolbars and menus disappear when you’re not using them. Second, it’s a bit of a dig on Google’s Chrome web browser. 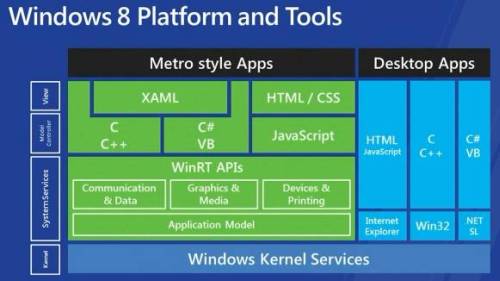 Developers can write third party apps for Windows that use only the classic user interface, or the Metro style UI. Apps can also do both, which is what Microsoft is encouraging. The company is also supporting app development using HTML, JavaScript, C, C++, C#, and VB. That doesn’t mean you need to use all of those tools to write apps — instead Microsoft says developers can choose the languages they want to use to create Metro style apps.

Windows 8 will also be the first version of Windows to ship with an integrated App Store. It will provide a central location for users to find, purchase, and download apps, although it won’t be the only way to install apps. Another I’m looking forward to in Windows 8 include an on-screen keyboard that’s actually designed for human-sized fingers. I’ve tested a number of 10 and 11.6 inch tablets with Windows 7, and I find touch-typing using the included virtual keyboard to be nearly impossible. Windows 8 appears to get things right with a nice big keyboard with well-spaced keys. There’s also an optional split-screen mode that lets you hold one hand on each side of the tablet and type with your thumbs. 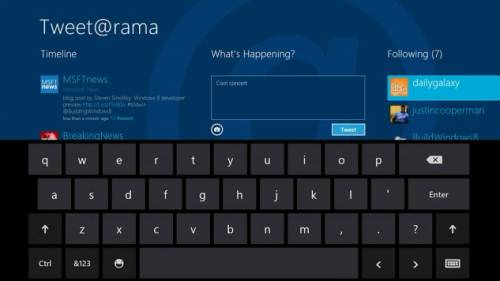 Microsoft has also built a system-wide spellcheck function into Windows 8, so whether you’re composing text in an instant messenger, web browser window, or email app, you’ll be notified if a word is not in the dictionary.

One thing that sets Windows 8 apart from other touch-friendly operating systems such as iOS or Android is built-in support for a digital pen or stylus. While HTC and Lenovo have introduced Android tablets with pen features that allow you to write or draw on the screen, they don’t have system-wide support for handwriting recognition or other pen-centric features.

Windows 8, on the other hand, features handwriting recognition, which should come as good news to old school Windows tablet enthusiasts.

One of the other key features in Windows 8 is support for Windows Live cloud-based services. For instance, data from an instant messaging session is stored online — so when you start a chat on your tablet and then switch to your laptop you can continue the same chat session without missing a beat. The same goes for saved game files and other data, allowing you to pick up where you left off in any number of applications.

One reply on “Microsoft launches developer preview of Windows 8”