There are Skype apps for OS X, Linux, Android, iOS, Blackberry, and a number of other platforms. But there are two versions of the communications app for Windows… or at least there will be until July 7th. That’s when Microsoft plans to shut down one of its Skype apps and direct users to download the other instead. 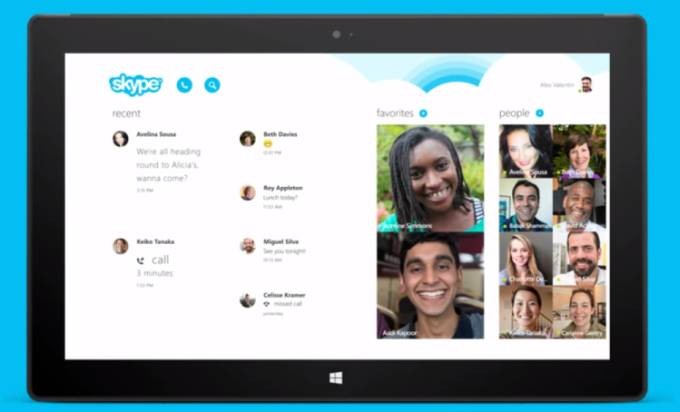 Microsoft acquired Skype a few years back and continues to offer a Windows desktop app. But when Windows 8 launched, Microsoft also introduced a “Modern” version of Skype optimized for touchscreen tablets. It has a full-screen user interface and touch-friendly controls.

Windows 10 launches this summer, and rather than adopt both versions of Skype to run on the upcoming operating system, Microsoft has announced that it’s bringing touch features to the desktop app and killing the Modern app.

Starting July 7th, when you fire up the Skype app on a Windows PC, you’ll be redirected to the download page for the desktop app.

If you’re using a Windows RT tablet you’ll be able to continue using the full-screen, touch-friendly Modern app though… because the desktop app won’t work on devices like the first or second-gen Surface tablets.