For the most part if your Windows 10 computer downloads an important update, a message will pop up asking you if you’d like to install it right away or delay installation until a more convenient time.

But if you don’t respond promptly, your computer may reboot to apply the update… which can be a problem if you just made a quick trip to the restroom or break room.

So Microsoft is trying something new. No, the company isn’t preventing updates from installing without user intervention. But the company is using a bit of artificial intelligence to predict times when a reboot might be inconvenient. 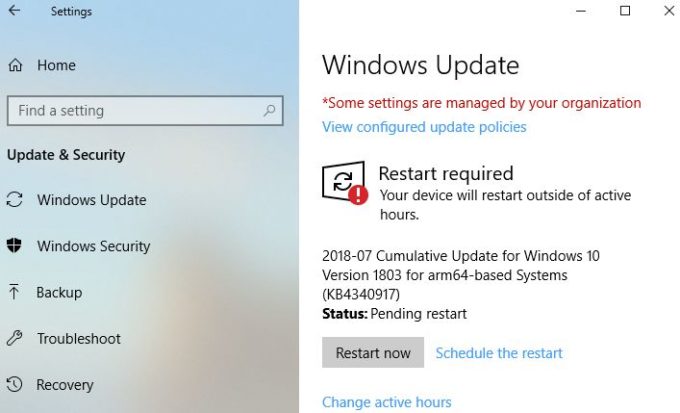 The new update experience is baked into the Windows 10 Insider Preview Builds 17723 and 18204 that were released to testers this week.

Microsoft says it’s “trained a predictive model that can accurately predict when the right time to restart the device is.” That means that in addition to checking to see if you’re actively using your computer, Windows will guess whether you’re likely to start using it again within the next few minutes.

The prediction model is still a work in progress, but Microsoft says it’s “seen promising results” and that the model can be updated quickly based on user feedback and real-world performance.

Other changes in the latest preview builds include:

MSPowerUser also highlights an unannounced feature: native support for virtual machines. While there’s a setup process included in build 18204, it doesn’t seem to do very much at the moment, so it could be a placeholder for a feature due to launch in an upcoming release.