The Microsoft Store currently sells Windows phones from Acer, Alcatel, and HP… but you probably shouldn’t buy them, since Windows Phone is pretty much a dead platform at this point.

The phones have all the usual features that you’d get if you bought from another retailer. But Microsoft is also using its product page to highlight some of the company’s Android apps. 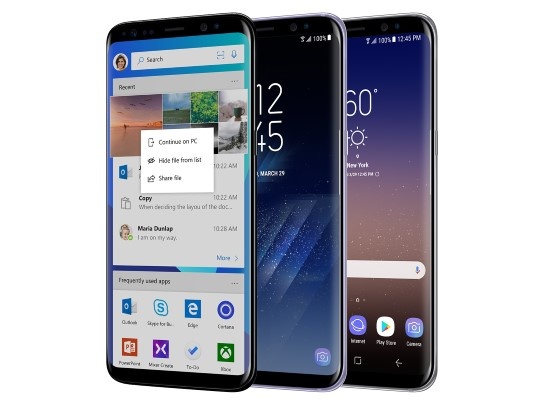 For example, you can replace Samsung’s default home screen with Microsoft Launcher or install the Cortana digital assistant if you want to use the same voice assistant on your phone that you use on a PC (and tap into Cortana’s cross-device features).

Of course if you do that you’ll end up with three different digital assistants on one device: Google Assistant, Samsung’s Bixby, and Microsoft’s Cortana.

It sounds like Cortana, Microsoft Launcher, and other Microsoft apps such as Edge, OneDrive, Outlook, and Office don’t come pre-installed on the phones. They’re simply available from the Google Play Store, as they would be on any other device.

We heard earlier this year that Microsoft would be selling the phones, and they’ve apparently been available in bricks and mortar Microsoft Stores for a while, where employees install MS apps for you. But now you can get the phones from Microsoft’s online store… and it doesn’t seem like the company is making any steps to ensure that its apps are installed.

Prices start at about $720, and Microsoft is offering unlocked models as well as versions for AT&T or Verizon. They’re also expected to be available for $150 off on Black Friday.