Microsoft has released an updated version of Skype 8 for desktop users… and encouraging users to upgrade soon. Starting in September you won’t be able to use Skype 7 for desktop anymore.

The company actually rolled out an updated design for its video, voice, and text chat app that was met with mixed reviews last year. But today’s announcement suggests that the company is going all in on the new look.

Update: Microosft has postponed the deadline for switching to Skype 8, and will continue to offer Skype 7 indefinitely, or at least until it can bring some of the missing features to Skype 8. 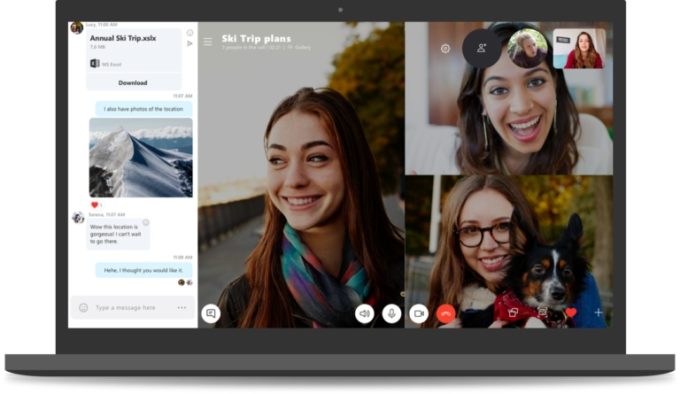 The latest version of Skype does have some nifty featuring including support for sharing photos, videos or other files that are up to 300MB in size just by dragging them into a conversation window and support for free group video calls or screen sharing with up to 24 people. 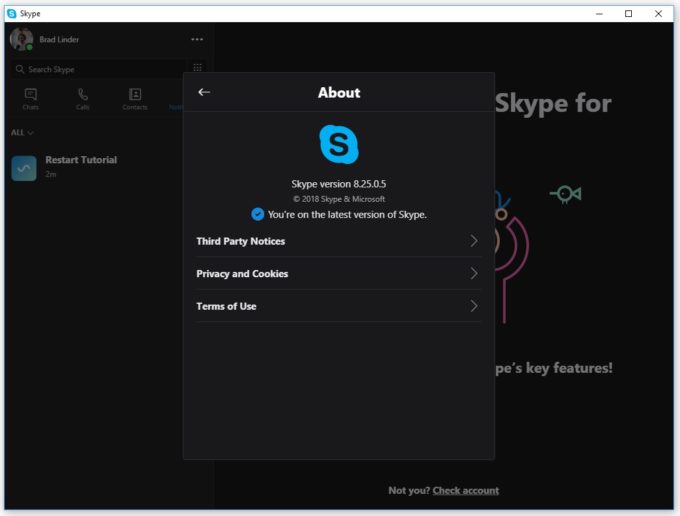 Microsoft says it’s also working on a version of Skype 8 for iPad, support for read receipts to let users know when a message has been viewed, and support for end-to-end encryption for private audio or text chats and file sharing.

One of the most exciting upcoming features for me? Call recording. As an occasional podcaster and radio reporter, I’ve been using Skype to record interviews for well over a decade… but I’ve always had to rely on third-party workarounds since Skype didn’t include built-in support for call recording.

Skype isn’t the big name in internet-based voice and video calling that it once was. Apple FaceTime, Google Hangouts, Facebook Messenger, and WhatsApp are just some of the better known alternatives these days. But for PC users of a certain age… particularly those of us who want the ability to call phones from a PC, Skype still has its uses. And the service still apparently has about 300 million monthly active users.

via TechCrunch and ZDNet

6 replies on “Microsoft is pushing users to upgrade to Skype 8, will stop support Skype 7”