Microsoft is pulling the plug on its Cortana apps for Android and iOS according to supports pages on the Microsoft Australia, Canada, and UK websites. It’s possible the app will live on in the US and other markets, but I’m not holding my breath.

Does this mean Microsoft is giving up on supporting the smartphone version of its digital assistant? Not exactly. Cortana features will be baked into other apps… you’ll just need to pay for some of them. 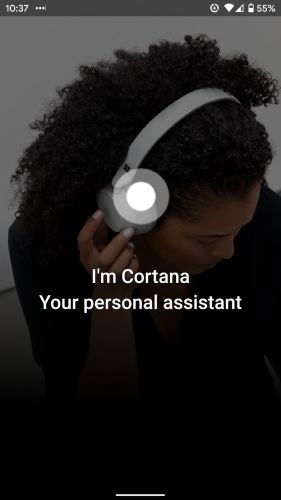 Microsoft says it’s “integrating Cortana into your Microsoft 365 productivity apps,” and that it’s ending support for the standalone apps on January 31st, 2020. At that time the company will also roll out an updated version of its Microsoft Launcher app for Android with Cortana functionality removed.

If you’ve already got Cortana or the Microsoft Launcher app on your phone, any reminders, lists, or other content created in Cortana will no longer be available in those apps — but you will be able to access it via Cortana on Windows.

Want to be able to make lists or set reminders on your PC and access them on your phone? Some Cortana content ill be able to sync with the free Microsoft To Do app for Android or iOS. But for anything else, it seems like you’re going to need a Microsoft 365 subscription… which seems odd, as that’s a service targeted at business, enterprise, and education customers.

It’s unclear whether Microsoft has different plans for a consumer version of Cortana for smartphones moving forward.

One reply on “Microsoft is killing its standalone Cortana apps for Android & iOS (in some regions, at least)”