The Windows Subsystem for Android (WSA) is an optional feature that allows you to run some Android apps on a Windows 11 PC. After making its debut last fall on Windows Insider preview builds, WSA graduated to Windows 11 stable earlier this year.

But Microsoft continues to roll out updates first to members of the Windows Insider program. And the latest update is rolling out now, bringing advanced networking features, bug fixes, and a few other updates. 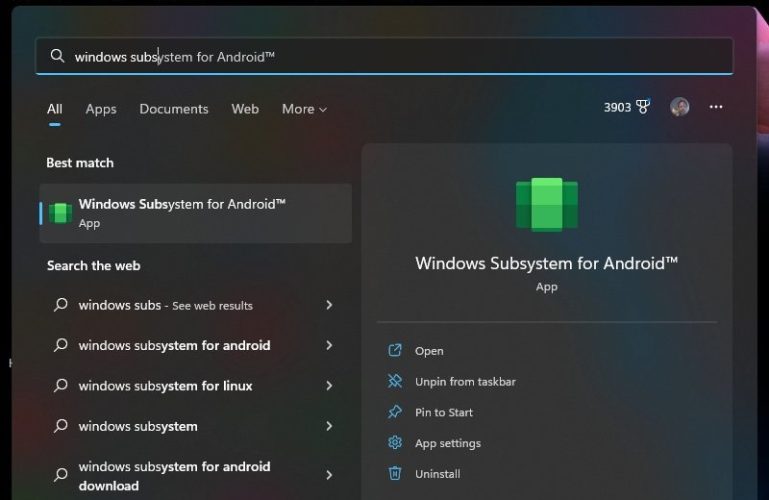 The July 2022 update brings support for the AV1 video codec, an update for Chromium WebView to version 101, and improved web browser launching. The latest Android kernel patches have been applied. Apps that are playing videos can now prevent Windows from shutting off your display. And you can no longer save a screenshot of Android app windows that are designated as “secure,” (which may be a security improvement, but I suspect some folks will see this as a downgrade rather than an upgrade).

But some of the biggest changes come in the form of what Microsoft is calling “Advanced Networking.” There’s now support for connecting to a VPN (virtual private network), and support for IPv6 (Internet Protocol version 6). And if you’re using WSA on a computer with an ARM processor, Android apps can also now access local network devices.

The Windows Subsystem for Android Settings app has also been updated, with the IP address removed from the Developer settings… because WSA no longer has a distinct IP address. You can just use your computer’s IP.

Microsoft notes that “some VPNs may not work with Advanced Networking” yet. So if you try enabling the feature and find that some apps cannot connect to the interent, you may want to try disabling Advance Networking for now.

You can find more details in Microsoft’s announcement.

These are just the latest in a series of WSA updates announced in recent months. Last month Microsoft began rolling out an update that brought Android 12.1/Android 12L to the Windows Subsystem for Android (previous builds had been based on Android 11). And in March, the company added support for hardware-accelerated video decoding and better integration between Windows email apps and Android clients,