The Windows Subsystem for Android is an optional component of Windows 11 that allows you to run Android apps on a Windows PC. Basically Microsoft achieves this by installing a complete Android operating system in a virtual machine and configuring it so that Android you can launch and use Android apps almost as if they were native Windows apps. 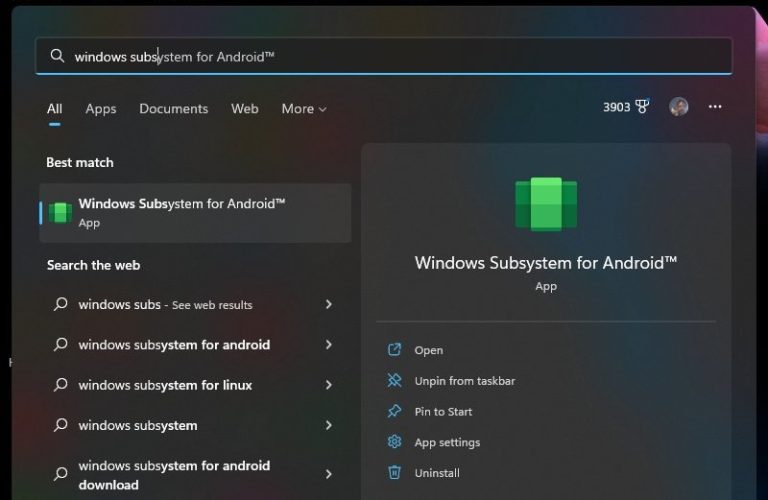 After first rolling out for Windows Insiders on the Dev Channel last month, Microsoft has announced that the new version of the Windows Subsystem for Android (version 2204.40000.19.0) is available to all Insiders.

The good news is that this means Android apps that rely on newer Android APIs should be able to run. Some Android 12 features like visible notifications that let you know when an Android app is using your device’s microphone or location are also included – you’ll see those icons in the Windows taskbar.

The less good news is that this is an early build meant for beta testers, and there are some known bugs – some apps that worked on earlier versions of the Windows Subsystem for Android (WSA) may no longer work properly and there may be instability when printing from an Android app or when trying to use an Android app to interact with a camera on a PC with an ARM processor.

In addition to moving to Android 12.1, the newest version of WSA brings:

So far the new version of WSA is only available for Windows Insiders, but eventually the update should make its way to stable builds of Windows 11.