Microsoft’s mobile strategy has evolved in recent years. Instead of trying to push its own Windows 10 Mobile operating system as a competitor to Android and iOS, the company has largely focused on developing apps and services for the world’s most popular smartphone operating systems.

That makes sense, since billions of people are using Android, and the market share for Windows 10 Mobile is… practically 0.

But how do you convince people to use Microsoft’s mobile apps? Maybe by acknowledging that there a lot of folks using Windows on a PC and Android or iOS on a mobile device… and offering tools to bridge the gap between those platforms.

Today at the MS Build developer conference, Microsoft unveiled a few new and upcoming tools for doing just that. 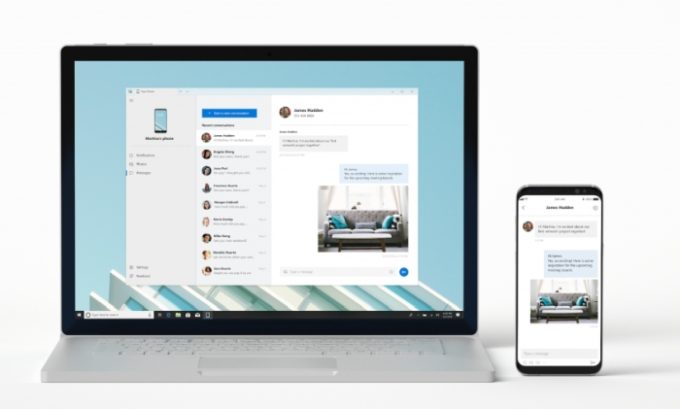 First up is a new Windows app that will let you connect your phone to your PC so that you can:

Tentatively called “Your Phone,” the new Universal Windows Platform app should be available to members of the Windows Insider Program for testing soon.

If you’re like me, you probably have your phone nearby pretty much 24/7, but you spend much of your workday looking at a computer screen, not your phone. These sorts of cross-device features could help make sure you don’t miss important messages or that you can pick up on one device where you left off on another.

Speaking of picking up where you left off, another Windows feature coming to mobile devices is Timeline.

It’s a new feature that’s rolling out to PC users with the Windows 10 April 2018 Update, and it lets you see documents, websites, and other data you were working on in the past at a glance. You can scroll through your timeline or search for items to get back to something you were doing at an earlier time.

Microsoft is adding Timeline support to its Microsoft Launcher app for Android, giving users a way to access their Timeline from an Android phone or tablet. While iOS doesn’t support third-party launchers, Microsoft will bring Timeline support to a future version of its Edge web browser for iPhones and iPads, allowing you to view your past desktop browsing sessions on an iOS device.