Microsoft has officially introduced its new flagship-class smartphones. The Lumia 950 is a 5.2 inch smartphone with a Qualcomm Snapdragon 808 hexa-core processor, while the Lumia 950 XL has a 5.7 inch screen and a Snapdragon 810 octa-core CPU.

Both phones ship with Windows 10 software, support Microsoft’s Continuum for Phone software that lets you treat the phone like a desktop when you connect an external display, mouse, and keyboard, and a 20MP camera with optical image stabilization. 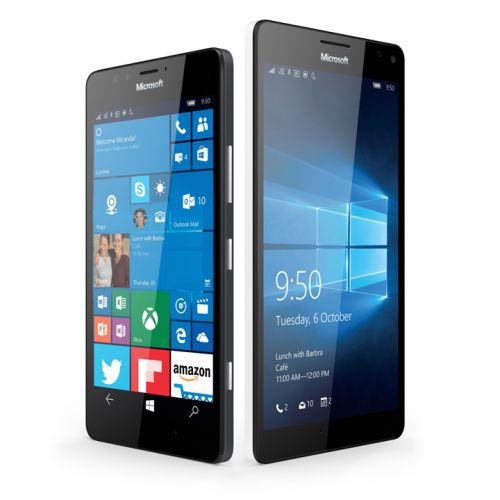 Both phones have 2560 x 1440 pixel OLED displays, support for 4K video recording, and support for firing up the camera with the press of a button, even when the screen is off.

The phones feature adaptive dual antenna systems, which allows the phone to automatically switch antennas to get the best performance, even if you’re holding your phone in a way that would mess with the reception of one antenna.

Worried that the Snapdragon processor in your new phone might overheat? Microsoft says the new phones feature tablet-class liquid-cooling technology.

The Lumia 950 and 950 XL have microSD card slots that support up to 2TB of storage.

The phones have USB Type-C connectors, which Microsoft says supports fast charging: you can get a 50 percent charge by plugging in your phone for 30 minutes.

Continuum for phone might not let you run classic Win32 apps on your smartphone, but the new Universal Windows App platform allows many apps to run across both phones and desktops. Out of the box, these phones will support Microsoft Office, the Edge web browser, and Outlook apps, all of which look like desktop apps when you connect an external display. 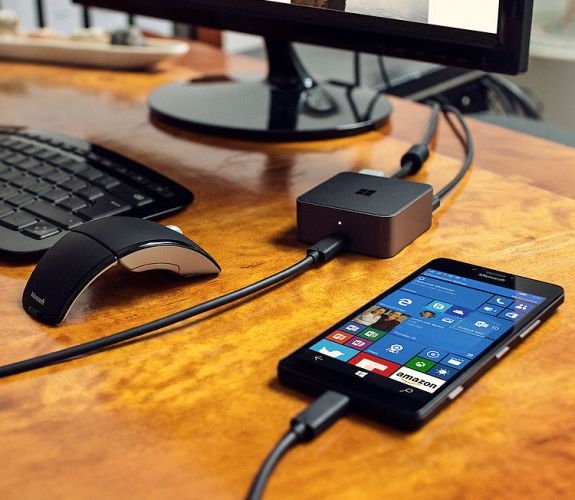 How do you do that? The Microsoft Display Dock is an accessory that connects to the USB Type-C port on your phone and has 3 USB ports, HDMI, and DisplayPort connections that let you hook up a display, keyboard, and mouse. 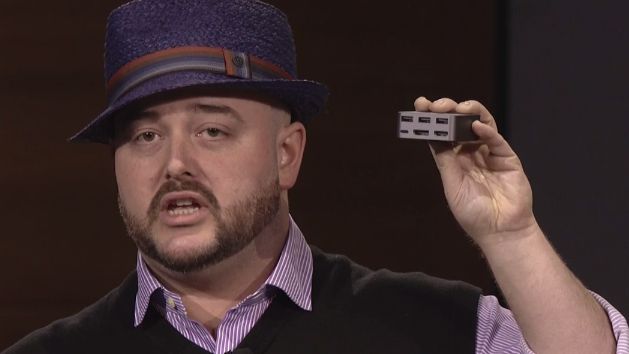 When your phone is connected, the Start Screen shows up on your external display as a Start Menu. There’s a taskbar, and support for running Word, Excel, Outlook, PowerPoint and other apps. They’re the same apps that you use on your phone, but they take advantage of the extra screen real estate.

Need to take a call or do something else on your phone? You can use it independently while the desktop experience continues to work on your external display.

Need to copy files to or from your phone? You can insert a USB flash drive to the Display Dock and access them in Continuum. For example, you can load photos from a flash drive and add them to a PowerPoint presentation.

The dock also lets you stream full HD video to an external display.

Aside from screen sizes and processors, there’s one more key difference between the Lumia 950 and Lumia 950 XL. The larger model has a 3340 mAh battery, while the smaller phone has a 3000 mAh battery.

Interestingly, the Microsoft website also says the Lumia 950XL supports FM Radio, while the Lumia 950 does not. 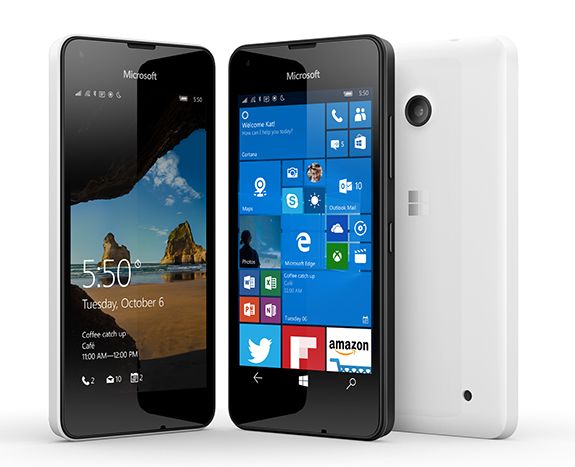 Want a more affordable phone? Microsoft also revealed that the Lumia 550 will be available in December for $139. That model has a quad-core processor a “great camera” and support for 4G LTE, but it won’t support Continuum for phone features.