It’s been four years since Microsoft unveiled its first mixed-reality headset, and about three years since the company started shipping the first HoloLens hardware to developers.

Now the company is finally updating the hardware. Microsoft says HoloLens 2 is lighter and more comfortable, offers new forms of interaction, and supports a wider field of view, and uses a brand new display technology to do it — offering the equivalent of a 2K display for each eye when you’re wearing it.

HoloLens 2 should be available later this year, and it goes up for pre-order today for $3,500. 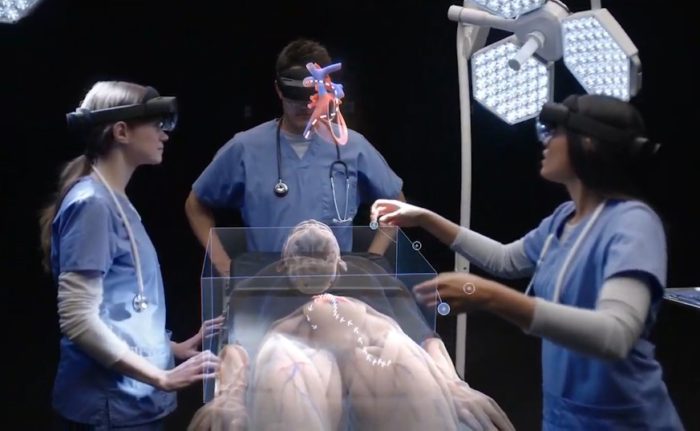 Microsoft says HoloLens 2 continues to offer 47 pixels per degree of sight while doubling the field of view, which means that you can still comfortably read 8 point font on a holographic website… but holograms can now take up a larger part of what you see when you’re wearing the headset.

Update: Apparently doubling the field of view still only brings it to 52 degrees.

HoloLens 2 is lighter, in part, because the front of the enclosure is now entirely made from Carbon Fiber.

And Microsoft is enabling support for new ways to interact with holographic content — including eye-tracking and touch. You can reach out and “touch” the spot where a hologram appears in your view to interact with it.

That allows you to use virtual buttons, sliders, or even 10-finger virtual tools… or musical instruments like a piano. 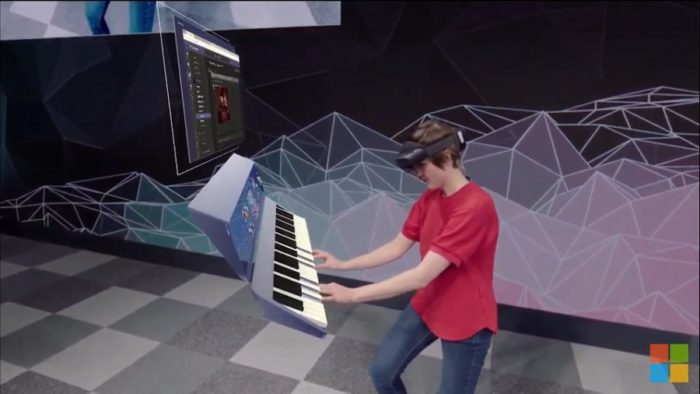 The original HoloLens was powered by an Intel processor. The new version has a Qualcomm Snapdragon 850 processor, which allowed Microsoft to make the headset lighter while also enabling longer battery life.

Maybe one day Microsoft will design a version of HoloLens that’s aimed at consumers rather than professionals. But right now this is an expensive gadget that Microsoft is positioning as a tool that lets repair persons overlay schematics on top of a real-world environment, or allow designers to envision what products will look like before construction begins.

Microsoft is also partnering with other companies for the first time to build customized versions of the HoloLens. For example, the Trimble CR10 is a HoloLens built into a hardhat. It’ll be available when Microsoft releases HoloLens 2 later this year. 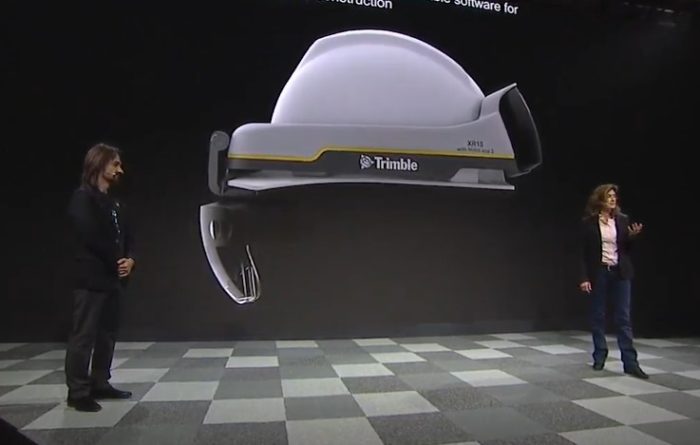 Microsoft also says it’s committed to keeping HoloLens as an open platform for software developers. The Microsoft Store won’t be the only place to download apps. HoloLens will support third-party app stores. 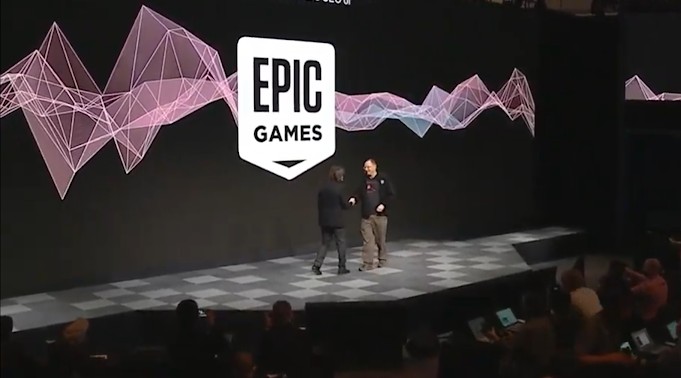 At this point the focus is on applications involving graphic design rather than consumer games… but Sweeney hinted that mixed reality gaming could be on the horizon, saying that the company plans to support HoloLens “in all our endeavors in years to come.”

The Verge has an in-depth article looking at some possible applications, as well as more details about what makes version 2 different from its predecessor.