When Microsoft unveiled HoloLens 2 a few months ago, the company emphasized that it would be aimed at enterprise customers at launch… but hinted that the mixed-reality headset might support games and other consumer-friendly apps eventually.

But first, developers need to build those apps. So Microsoft has unveiled a new HoloLens 2 Development Edition which should go up for pre-order soon, and ship later this year.

It still has the same hefty $3,500 price tag as the normal HoloLens 2, but members of the developer program will be able to pay that off over time at $99 per month. It will also come with $500 credit for Microsoft’s Azure cloud services and 3-month trials for Unity Pro and PiXYZ CAD plugins. 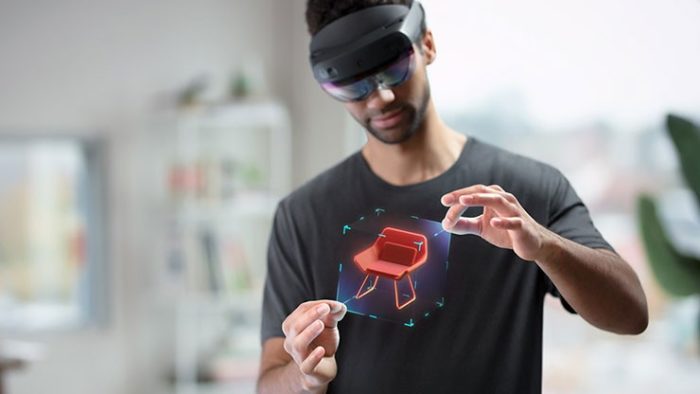 It sounds like Microsoft is still focusing on the enterprise space… it’s just trying to get developers onboard with the new platform. The company says the HoloLens 2 Development Edition “makes it easy for developers to create professional mixed reality experiences using your industrial design data.”

Like the original HoloLens, the new model is a wearable device with a transparent display that allows virtual objects to be superimposed on real-world environments. Graphic or industrial designers can use it to visualize or manipulate their creations. Field technicians can use it view schematics as they perform equipment repairs. Factory workers can view instructions or inventory sheets. And so on.

But the new model is lighter-weight, offers a wider field of view, adds support for eye-tracking and virtual touch, and offers longer battery life.

The announcement of a new Development Edition option comes just a few days before the start of Microsoft’s Build conference for developers. So don’t be surprised if we hear more about HoloLens 2 next week.