Microsoft’s answer to the Amazon Echo and Google Home is expected to be something called HomeHub. But it’s not a standalone device like a smart speaker. It’s an upcoming feature for Windows 10 that will allow you to use just about any PC as a voice-activated smart home hub.

It will be able to run on notebooks, desktops, and all-in-one PCs. And while we’ll probably see PC makers release dedicated hardware specifically for use with HomeHub, what will set those devices apart from an Amazon Echo is that they’ll essentially be full-fledged PCs.

At least that’s the takeaway from a series of leaked images obtained by The Verge. Microsoft hasn’t actually said much about HomeHub yet. 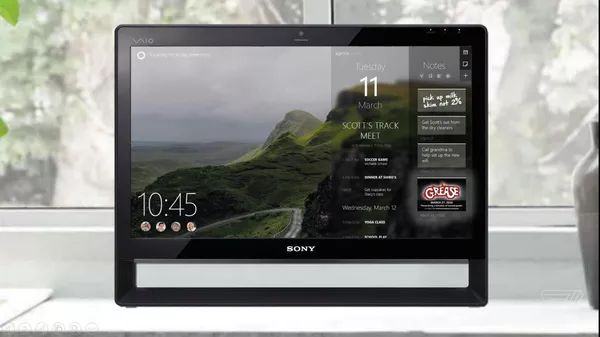 Among other things, it looks like HomeHub will be a simple, full-screen user interface that lets you control smart home gadgets, view updates, and make voice and video calls (probably over Skype, which Microsoft owns).

Microsoft’s Cortana virtual assistant will power the experience, much as Amazon’s Alexa and Google’s Assistant are the heart of their respective devices. Apple is also allegedly working on a Siri-powered smart home device.

The company’s approach reminds me a bit of the now-defunct Windows Media Center. Instead of delivering a hardware or software solution designed specifically for DVRs or other home media players, Microsoft built an optional media-centric user interface for Windows that shipped with Windows XP Media Center Edition, Windows Vista, and Windows 7 before starting to phase it out with the launch of Windows 8.

Windows Media Center developed a small but loyal fan base. Enthusiasts were able to build homemade DVRs from any PC without paying monthly fees to TiVo or a cable company. But these days Microsoft’s TV strategy seems to be focused on the Xbox console.

I have to wonder whether this new attempt to shoehorn appliance-like functionality into a desktop operating system will be any more successful.

That said, it’s not that different from what Amazon is doing. For all intents and purposes, the new Amazon Echo Show is a desktop computer with a 7 inch touchscreen display, an Intel Atom Cherry Trail processor, eight mics, and a big speaker. It just happens to run a custom operating system designed to showcase Alexa services… but I wouldn’t be surprised if the Echo Show can also do many of the same things as Amazon’s Fire tablets, which are capable of running hundreds of thousands of third-party apps.