Microsoft started rolling out Windows 10 version 2004 this week, also known as the Windows 10 May 2020 Update. And while there are a bunch of new features, Microsoft is also killing off a bunch of older features.

Thees are some of the highlights (or maybe low-lights). 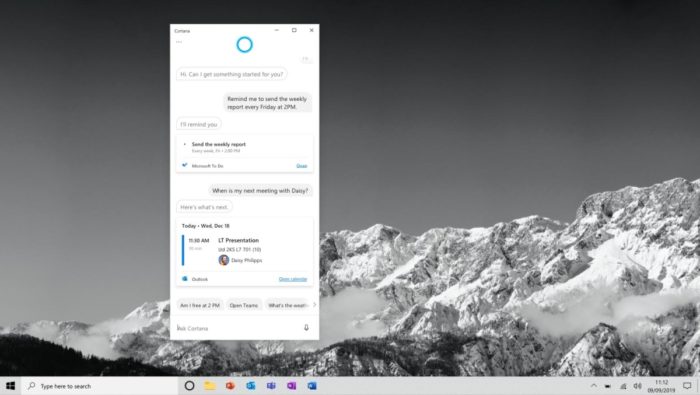 Microsoft is making it easier to interact with its Cortana digital assistant in the May 2020 Update, thanks to support for text-based conversations and support for moving the Cortana window around your screen. But the company is also killing off some Cortana skills… actually make that, a lot of them.

As announced earlier this year, third-party skills, music playback, and smart home/connected home features are no longer available. Microsoft says this is part of an effort to improve security by tightening access so that users that login with a school or work account aren’t exposing their data to third parties. But Cortana sure seems a lot less useful these days.

The Windows To Go  feature that debuted in 2011 allowing Enterprise and Education users to boot Windows from a USB flash drive (like a Linux LiveUSB) is also officially dead. And Microsoft says that its Mobile Plans and Messaging apps aren’t exactly dead, but they’ll now be distributed by OEMs who choose to make them available. They won’t be included in system images for PCs that don’t have cellular capabilities anymore. 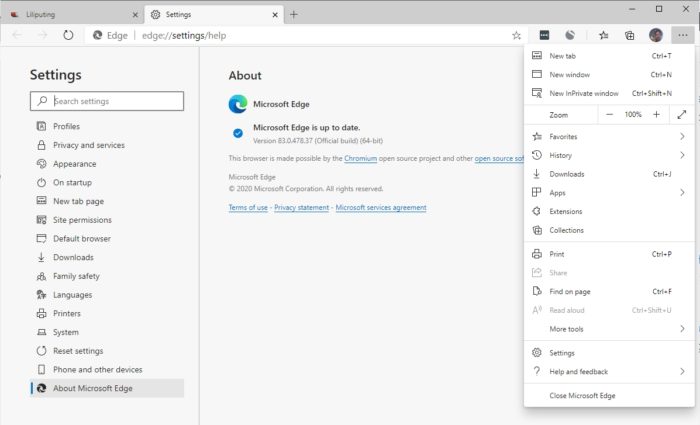 While the features listed above are officially dead, these features are no longer being developed and likely to be removed from future versions of Windows 10. So they’re kind of zombies at this point.

The legacy version of the Microsoft Edge web browser that uses the company’s EdgeHTML rendering engine is now deprecated. It’s still included in Windows 10, but the company is putting all its efforts into the new Chromium-based version of Edge, which began rolling out to the general public earlier this year (after spending a year in beta).

Microsoft is also deprecating the Companion Device Framework, which had been an API for use by developers that wanted to make Windows Hello-compatible hardware that would work even without biometric security such as cameras or fingerprint sensors. It’s being phased out.

The Dynamic Disks feature is also no longer under development, and is scheduled to be replaced by Storage Spaces in a future Windows 10 release.

10 replies on “Microsoft Edge is dead, long live Microsoft Edge Chromium (and other Windows 10 features killed off in the May 2020 Update)”