About a week after releasing a preview of its Edge web browser for iOS, Microsoft has launched a preview for Android.

The Microsoft Edge preview is available for download from the Google Play Store and should support most devices running Android 4.4 or later. 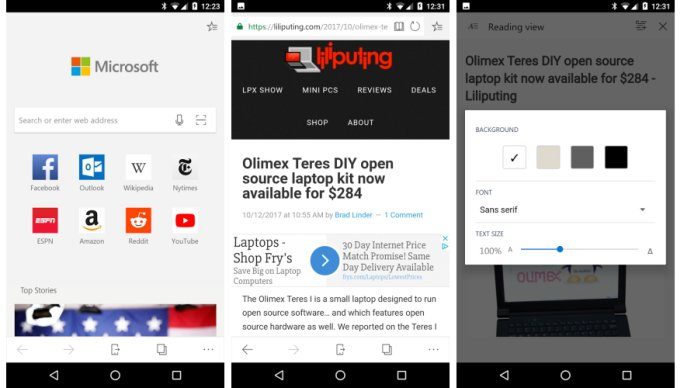 The Android version of Microsoft’s web browser has some of the key features of the company’s desktop browser for Windows 10, including:

But the Android version of Edge uses Google’s Blink web rendering engine instead of Microsoft’s EdgeHTML. And it currently lacks support for extensions.

One feature that could be super useful for folk who use Edge on a desktop PC though is the “Continue on PC” option that lets you send a page from your phone to your desktop web browser with the tap of a button. Unfortunately this feature requires the Windows 10 Fall Creators Update, which doesn’t officially launch until next week, so it’s kind of broken right now if you’re not running a preview build of Windows 10.