Web browser maker Opera made headlines when the company announced that it’s working on a version of its desktop web browser with a built-in ad blocker. The feature just graduated from Opera’s developer channel to the beta channel, and should be available for all users when the final version of Opera 37 launches soon.

Update: Nope. It was all a misunderstanding, as explained below. 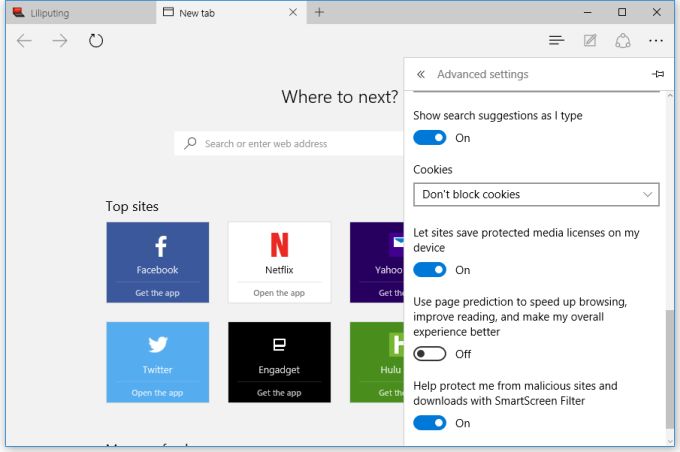 Microsoft apparently has no plans to build ad blocking directly into its browser… although my ruminations about the state of ad blocking and its impact on web publishers are still relevant, so I’m leaving them un-crossed out.

Neither Opera nor Edge have a huge share of the desktop browser market at this point. But if this sort of thing catches on, it could have a dramatic impact on the way web publishers do business, which kind of worries me as a web publisher who makes a living thanks to ads shown on this website.

On the other hand, ad blockers do undeniably reduce bandwidth and speed of page loading. In many cases they can also protect users’ privacy and security. So I totally get both sides of the debate over ad blocking.

A growing percentage of visits to websites is coming from mobile devices rather than desktop browsers, and many people were worried that the sky was falling when Apple added support for third-party, ad-blocking extensions to the Safari web browser for iPhones and iPads. I’m not aware of any websites that closed up shop after that happened… but there is a difference between letting users choose to install an ad blocker and building one into a browser.

The next few years should certainly be interesting for small web publishers (it’s a bit harder for me to adopt my advertising strategy than for a major news organization with many writers, editors and a dedicated ad department).

Incidentally, I’ve been thinking about starting a Patreon campaign to help offset some of the costs of producing the LPX Show Podcast which currently generates next to no revenue. Out of curiosity, have you ever donated money to help support creators of podcasts, websites, or other online content?

I’m not planning to ask for donations to help fund Liliputing just yet, but it’d be nice to know what readers think of the idea in case the bottom does fall out of the online ad market in a year or two.

Or maybe the addition of ad blockers to some web desktop browsers will end up having as little impact on the status quo as the much hyped launch of support for ad blocking on iOS. Time will tell.