Microsoft is constantly rolling out updates for Windows 10, but most of those updates are installed in a few moments after you reboot your computer. But twice a year Microsoft rolls out a major “feature” update which can take a very… long… time to install.

While some of the work happens in the background while you’re still using your computer, there’s still a bunch of things that require you to be “offline,” which means you can’t use your PC. 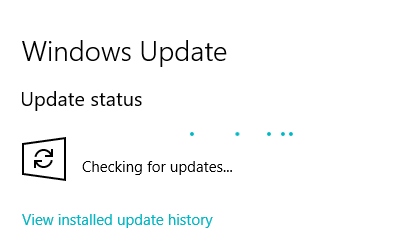 According to Microsoft, it took about 82 minutes of offline time, on average, to upgrade to the Windows 10 Creators Update that was released in April, 2017.

But recent Windows 10 Insider Preview builds install in an average of 30 minutes. If you’re not a member of the Insider Preview program, that’s still good news, since it means that there’s a good chance the upcoming Windows 10 spring update will be relatively swift compared to updates that rolled out last spring and fall.

30 minutes is still a lot of time to wait for a PC to reboot though. So what’s going on in the background?

Basically the new update model does more of the work while you’re online. It can check for updates, download them in the background, prepare your user data for migration, and place the OS in a temporary working directory all before your reboot.

The old update model did those last two steps only after your system had rebooted.

Once you do restart the PC, it will begin the update process by migrating your drivers and data, rebooting, and then running through the setup (or out of the box experience) process.