The Windows Mixed Reality experience in Windows 10 lets you put on a VR headset and interact with apps, games, and videos in a more immersive way than you would wall staring at a monitor or laptop screen. But what if you just want to do some web browsing, check out a PowerPoint presentation, or listen to music without removing your headset?

Windows Mixed Reality already lets you run Universal Windows Platform apps downloaded from the Microsoft Store. And now Microsoft has announced it’s working on adding support for Win32 desktop apps (pretty much anything you can install and run on a Windows PC).

An early version of the feature is already available in Windows 10 Insider Preview Build 18329, and it should make its way to all users later this year. 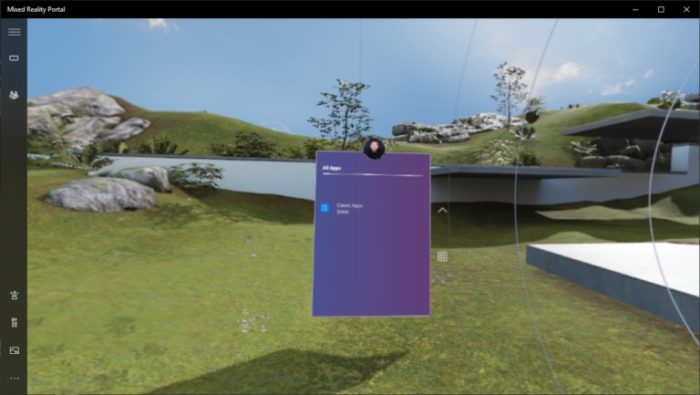 Microsoft says Win32 apps “such as Spotify, Paint.NET, and Visual Studio Code” now work in Windows Mixed Reality… but support is still a work in progress and the experience may be buggy.

To launch a Win32 app, Microsoft says you open the Pins Panel, go to the list of all apps, and then you’ll see a folder called “Classic Apps (Beta) that should contain a list of all desktop apps installed on your computer.

These and other updates should be incorporated in the next major release of Windows 10, which is currently called 19H1, indicating that it’ll be available in the first half of 2019.