Microsoft’s Windows Subsystem for Linux (WSL) has allowed users to install a Linux distribution and run command line applications since Windows 10 first launched in 2015. Initially aimed at developers who wanted to be able to use Linux tools without rebooting or loading a virtual machine, WSL has picked up a number of improvements and features over the years.

Now it’s getting the biggest update yet – starting with Windows 10 Insider Preview Build 21364, WSL isn’t just for command line tools anymore. You can use it to run desktop Linux application with a graphical user interface (GUI) on Windows. 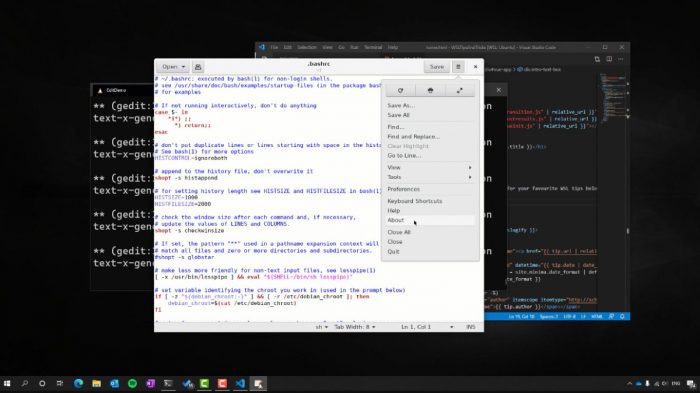 Microsoft has nicknamed the new feature WSLg (g for GUI), and the company is still primarily targeting developers. So in a blog post announcing the new feature, Microsoft highlights some of the software developers might want to use including:

But developers and casual users alike will also be able to use WSLg to run Linux-only applications that might not otherwise be available for Windows. Among other things, Microsoft notes that there’s support for hardware-accelerated 3D graphics and for audio recording and playback using your Windows computer’s mic, speakers, and other audio hardware.

You can find more details about how WSLg works in Microsoft’s blog psot and a companion article about WSLg architecture, but in a nutshell the Windows Subsystem for Linux now includes a “companion system distro, containing a Wayland, X server, pulse audio server, and everything else needed to make Linux GUI apps communicate with Windows.” So when you install Ubuntu, Debian, openSUSE, Kali, or another Linux distribution on a Windows 10 PC and then install Linux GUI apps, the WSLg companion software will handle the graphics and audio stuff. 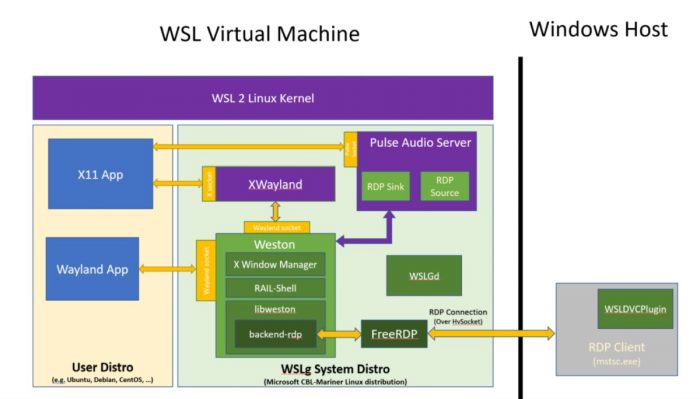 You can also find the source code for WSLg at GitHub.

Members of the Windows Insider program running build 21364 or later can enable support for Linux GUI apps by either installing WSL with the “wsl –install” command (without quotes), or if it’s already installed on your computer, you can update to the latest version by running “wsl –update.”

Other changes in the latest Windows Insider Preview release include an Eco mode in the Windows Task Manager, allowing users to throttle process resources if you want to prioritize other tasks, support for process classification for the Microsoft Edge browser in the Task Manager, and support for the Japanese 50-on touch keyboard as an on-screen virtual keyboard option.

6 replies on “Microsoft brings desktop Linux apps to Windows 10 Insiders, GUI and all”