Microsoft is rolling out a software update for its dual-screen smartphones that makes Android look and function a bit more like Windows 11.

Part of that is just due to the update to Android 12L – Google has optimized its mobile operating system to take better advantage of larger screens by adding support for a taskbar, among other things. But Microsoft has also made a number of customizations designed especially for the Microsoft Surface Duo and Surface Duo 2. 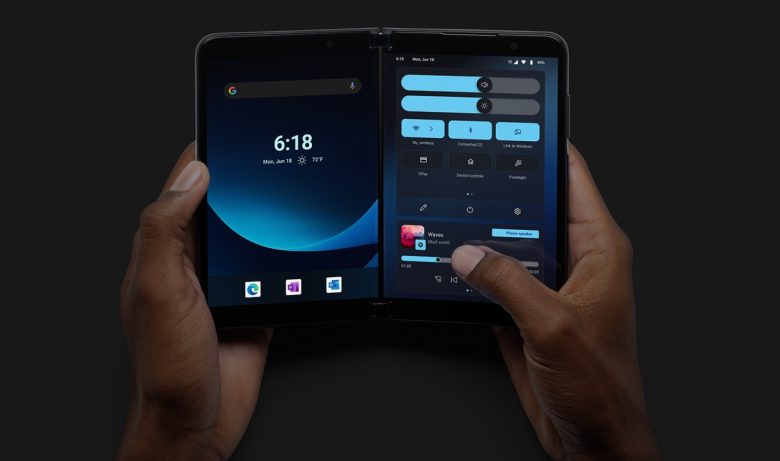 First up, the company says it’s refreshed the icons, colors, and user interface controls to make Android on the Surface Duo feel more familiar to anyone with a Windows 11 computer.

For the most part, you’ll see these changes in the Quick Settings and System Settings. But Microsoft is also introducing four new wallpapers that are designed to be reminiscent of the company’s wallpapers for desktop PCs. And when you use Android 12L’s dynamic theming engine to set your phone’s color palette based on one of these wallpapers, you should get a look and feel that’s more Windows-like.

Other changes include a new OneDrive Photos widget, updated Accessibility and Privacy features, and support for transferring data from another phone (Android or iPhone) using a wireless connection or a USB cable.