Microsoft’s first wearable device is a fitness tracker called the Microsoft Band. It’s a wristband with activity-tracking sensors, a display for notifications, and support for Android, iOS, and Windows Phone apps.

The $199 Microsoft Band is part of a new platform called Microsoft Health which is basically the company’s answer to Apple’s HealthKit and Google’s Fit. 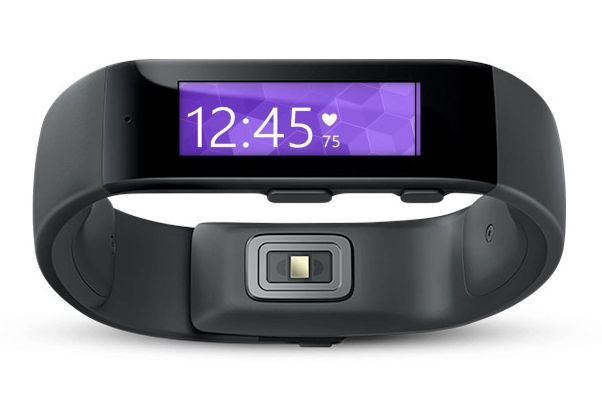 Unlike those competing platforms though, Microsoft Health doesn’t require you to stick within the company’s own hardware ecosystem. Have an iPhone or Android phone? No problem. Just install the Microsoft Health app on your device.

Microsoft Health data can also be shared with third-party apps such as RunKeeper and MyFitnessPal.

In terms of hardware, the Microsoft Band has a 1.4 inch, 320 x 106 pixel touchscreen display, up to 2 days of battery life, built-in GPS, a microphone, and sensors to track steps, heart rate, and sleep patterns, among other things.

Unlike some fitness trackers which only check your heart rate when you tap a button, Microsoft says its band will monitor your heart rate 24 hours a day to help you better understand your resting heart rate, peak exercise rate, sleep patterns, and other health stats.

The Microsoft Band also has some basic smartwatch-like features including the ability to display email, text, and social media notifications. When you use the band with a Windows Phone device you can also use Cortana integration to set reminders or take notes using your voice.