When Microsoft first started selling the Surface Laptop last summer, the entry-level model was a $999 version with an Intel Core i5 Kaby Lake processor, 4GB of RAM, and 128GB of storage.

Now Microsoft has added a lower-cost option: you can pick up a Surface Laptop with a lower-power Intel Core M3-7Y30 processor, 4GB of RAM, and 128GB of storage for $799. 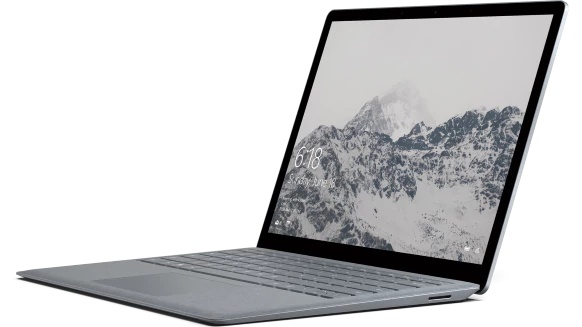 That price would probably be more exciting if Microsoft hadn’t already run sales bringing the price of the Core i5 model down to $799 several times in the last few months. But hey, this probably means that the next time there’s a sale the starting price for the Surface Laptop could drop even lower than that.

It’s worth noting that if you opt for a Core i5 or Core i7 model you can pay more to upgrade the memory and/or storage. The Core M3 model, on the other hand, seems to top out at 4GB/128GB, at least for now.

Microsoft ships the Surface Laptop with Windows 10 S, but you can switch to Windows 10 Pro for free.

Are there cheaper laptops with better specs on the market? Probably… but it’s hard to make a comparison, since there are few other models with a high-resolution 3:2 aspect ratio display or a keyboard area covered in Alcantara fabric.

Meanwhile, if you want something more powerful (and versatile), Microsoft has also dropped the starting price of the Surface Book 2 2-in-1 laptop from $1499 to $1199… by introducing the option of picking up a 13.5 inch model with a Core i5 processor, 8GB of RAM, and 128GB of storage. Previously the cheapest option came with 256GB of storage.