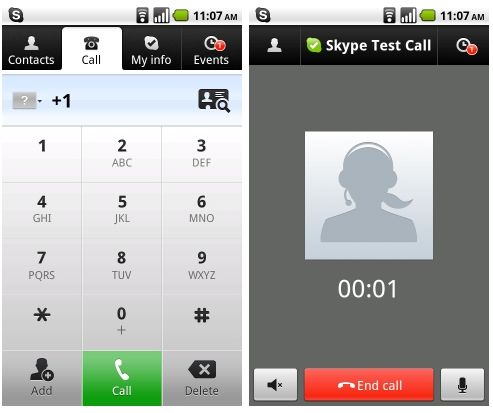 If you’ve been online today you’ve probably seen that Microsoft has acquired Skype for $8.5 billion. While Microsoft has been taking a beating lately due to competition in the online world from Google, Facebook and others, and in the mobile space from Apple, Google, and others, the company is still sitting on a huge pile of cash so $8.5 billion to Microsoft is… well, it’s a lot of money any way you look at it, but Microsoft could still afford to make a few more equally large purchases this year without any difficulty. Still, it seems likely that the company could have picked up Skype for a much lower price.

Skype is probably the best known company in the internet voice and video communications space. Users can make free Skype to Skype calls or pay for premium features such as the ability to make cheap calls to international phone numbers from a PC, smartphone, or other supported device. Skype also recently launched group video calling and screen sharing functionality, making Skype a tool not just for personal communications, but also a cheap option for business communications.

At a time when Microsoft is competing in space where it’s not the market leader (Bing is barely competing with Google, and Windows Phone 7 still has a long way to go in terms of market share), it makes sense to see the company just go ahead and buy a market leader. But the move doesn’t just mean business as usual for Skype… it also means that Microsoft will be able to incorporate Skype technology into its other services including Xbox, Kinect, Windows Phone, and Windows computers.

Importantly, in the press release announcing the acquisition, Microsoft promises to “continue to invest in and support Skype clients on non-Microsoft platforms,” which means that Skype for Android, iOS, Mac, Linux and other platforms aren’t going anywhere… at least not yet and hopefully not ever. After all, Skype becomes a much less attractive tool for users if they can’t communicate with their friends using different platforms. That would be like buying an AT&T phone and being unable to place calls to Verizon customers.

8 replies on “Microsoft acquires Skype for a whopping $8.5 billion”