Microsoft has officially acquired Sunrise Atelier, the company that created the popular Android, iOS, and web-based calendar app Sunrise. The announcement was made public via YouTube, but the video has since been reset as private.

Rumors had been swirling last week that Microsoft had plans to purchase the popular calendar app maker for $100 million. However, there is no word on how much the company will actually spend on the deal. 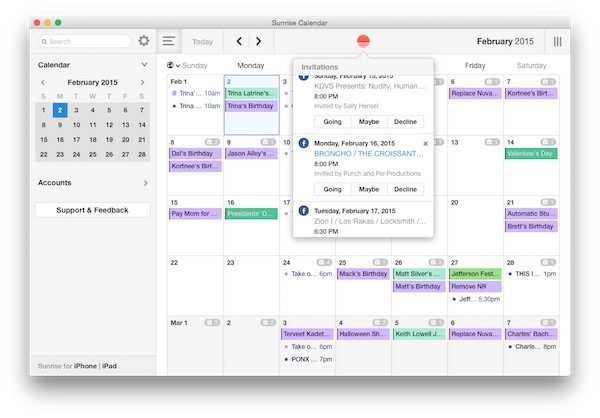 During its startup phase in 2012, the New York-based company managed to raise $8.2 million in venture funding for former Foursquare designers Jeremy Le Van and Pierre Vanade.

The app connects users to Google Calendar and iCloud Calendar to sync data and offers an alternative to the stock apps available. It also connects to various social network services, like Facebook, Foursquare, LinkedIn, and Twitter to allow users to integrate events, schedules, and special days with their regular calendar.

Microsoft acquired email app maker Acompli last December and the design was then integrated in to Outlook for both Android and iOS apps. Analyst are speculating that the company may follow the same trend by integrating Sunrise’s design as well.

Around here, Sunrise is a popular app. Brad likes it for its simplicity and ease-of-use. I’m a fan of the desktop version because I can keep track of my Facebook invites right on my calendar.

Sunrise is available on Android, iOS, OS X, and via the web for free.