Microsoft has announced plans to buy LinkedIn for $26.2 billion, giving Microsoft control of a major player in the social networking space… but it’s probably just as significant that Microsoft’s big social networking play is for LinkedIn, a company that caters towards professionals. 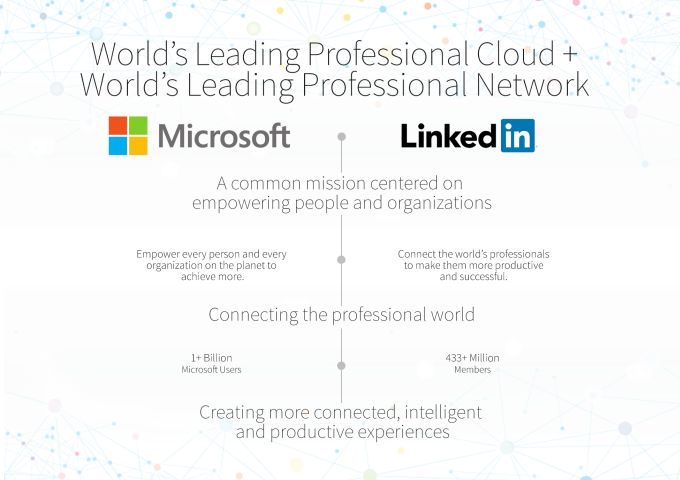 While Microsoft would certainly like everyone to use its products, some of the company’s core business has historically been catered toward business and enterprise users… and recently the company announced that it was shifting focus with its Windows Phone software to focus more on enterprise.

Based on Microsoft’s CEO Satya Nadella’s memo regarding the acquisition, I wouldn’t be surprised if you start to see LinkedIn’s news feed and other features integrated into future versions of Office 365.

Of course, Microsoft isn’t putting all its eggs into the software-for-professionals basket. The company is also delivering a keynote at the E3 gaming conference today, where Microsoft is expected to unveil a new Xbox One game console, among other things.

The LinkedIn deal has been approved by the boards of both Microsoft and LinkedIn, and is expected to close by the end of 2016.