In an effort to squeeze more storage capacity into flash storage, companies have been developing 3D NAND technology which stacks memory cells on top of one another to increase storage densities.

Now Micron has introduced its first 3D NAND memory optimized for mobile devices, which means we could start seeing the technology used in smartphones. 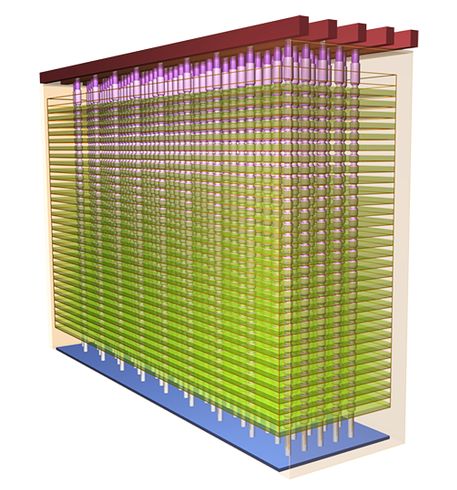 There are already some solid state disks on the market that use 3D NAND, but most are aimed at desktop, notebooks, or servers.

Micron is taking aim at smartphones with its new solution, although it’s not the first company to do so: Earlier this year Samsung introduced a 256-gigabyte UFS storage solution based on the company’s V-NAND (V for vertical) flash storage technology.

PC World notes that Micron predicts we could see smartphones with 1TB of storage by 2020.

That’s if you assume that Micron and other companies will cram more storage into chips that are the same size as today’s solutions. They could also take another approach and offer storage solutions that are physically smaller, but which have the same 16GB, 32GB, or 64GB of storage we commonly see today. That could free up a little space for other components, such as (slightly) larger batteries.