Indian phone maker Micromax is taking some design cues from LG and Samsung for its latest smartphone. The Micromax Canvas Infinity has an ultra-wide (or tall) display with an 18:9 (or 2:1) aspect ratio.

But while the LG G6 and Samsung Galaxy S8 have similar widescreen displays, those are high-end phones with premium specs. The Micromax Canvas Infinity? Not so much.

The phone goes on sale in India starting September 1st for about $156. 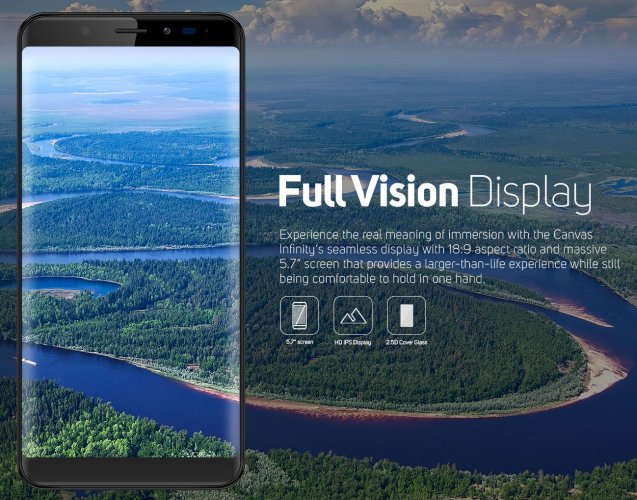 Unsurprisingly, the spec sheet is a bit more modest than the one for the latest high-end phones from Samsung or LG. But for a budget phone, the specs actually look pretty good.

The Canvas Infinity features 3GB of RAM, 32GB of storage, a 2,900 mAh battery, a 13MP rear camera with phase detection autofocus, and a 16MP front-facing camera.

It’s powered by a Qualcomm Snapdragon 425 processor, has a fingerprint sensor, and ships with Android Nougat software.

Still, it’s nice to see that features that used to be exclusive to high-end phones are making their way to more affordable models. We saw it happen with fingerprint sensors and HD displays. Now it looks like 2:1 displays are moving down-market as well.

7 replies on “Micromax Canvas Infinity is a budget phone with a 2:1 display”