The microByte is a pocket-sized game console with a tiny display, game controllers, a speaker, and microSD card reader for storage. It supports several emulators, allowing you to play classic games on the system. And it’s an open hardware project – the firmware, PCB design files and schematics, and other documentation are all available to the public.

While that technically means you could probably build your own microByte if you have the resources, it’s probably cheaper and easier for most people to just buy one. It’s up for pre-order for $45 through a crowdfunding campaign at Crowd Supply and if everything goes according to plan, the first orders should ship by the end of June. 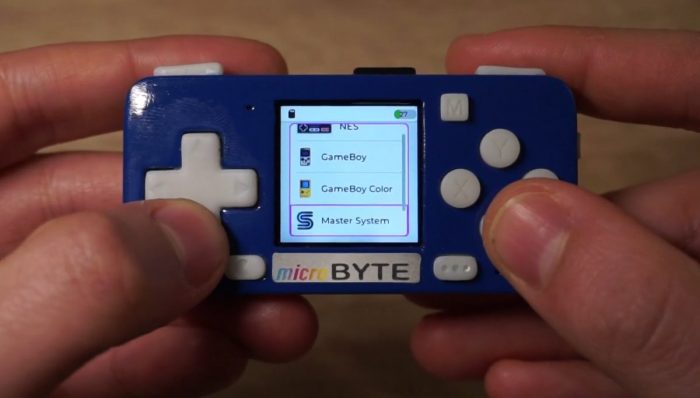 At the heart of the microByte is an ESP32 microcontroller, or more specifically, an ESP32-WROVER-E, which is a 240 MHz dual-core system-on-a-chip with 8MB of RAM, 16MB of flash storage, and integrated 802.11b/g/n WiFi and Bluetooth 4.2.

The microByte runs an Arduino-based operating system with a gaming-focused graphical user interface. But the device is programmable, so users with the know-how may be able to make changes or load their own firmware. MicroPython support is also on the roadmap.