The Mi Mini PC is a tiny computer that’s sort of a cross between a desktop and a tablet… with a phone-sized display. Like a tablet, it has a touchscreen, a battery, and a compact design. But like a desktop it has full-sized HDMI, Ethernet, and USB ports (which also makes the Mi Mini PC a bit thick for a tablet).

The Mi Mini PC is expected to ship in September, and it’s already raised more than $350,000 through an Indiegogo crowdfunding campaign.

You can reserve one for a pledge of $149 or more, which is said to be 50 percent off the eventual retail price.

Update: Or maybe don’t just yet… there are a few reasons to be skeptical of this campaign. The company is making promises that seem rather unrealistic, and one of the photos allegedly showing the “production and development facilities” seems to be a stock photo.

Update 2: Two and half years after the crowdfunding campaign ended, the Mi Mini PC has yet to ship and the creator of the campaign has gone radio silent. It looks like we were right to be skeptical.

The original article continues below, describing the promises made. 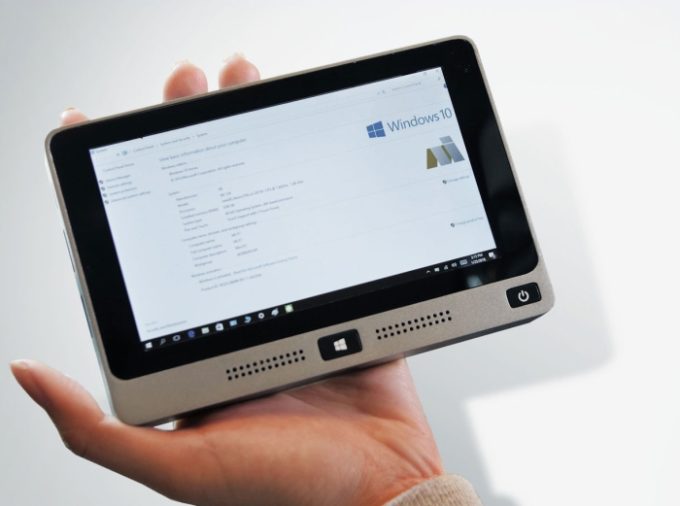 If the little computer looks familiar, that’s because it seems to be based on the same design as the Gole1 mini PC I reviewed two years ago. But the Mi Mini PC has a faster processor, more memory and storage, and a few other improvements… although I still get the feeling this is basically just a modest upgrade to an existing product rather than the revolutionary new device promised by the crowdfunding campaign.

It also has a Gigabit Ethernet jack, an HDMI port, a USB Type-C port, a USB 3.0 Type-A port, and three USB Type-A ports. The system has an aluminum case and features a fanless design.

The base model ships with 128GB of solid state storage, but you can pay extra for up to 512GB of storage. There’s also a microSD card reader. 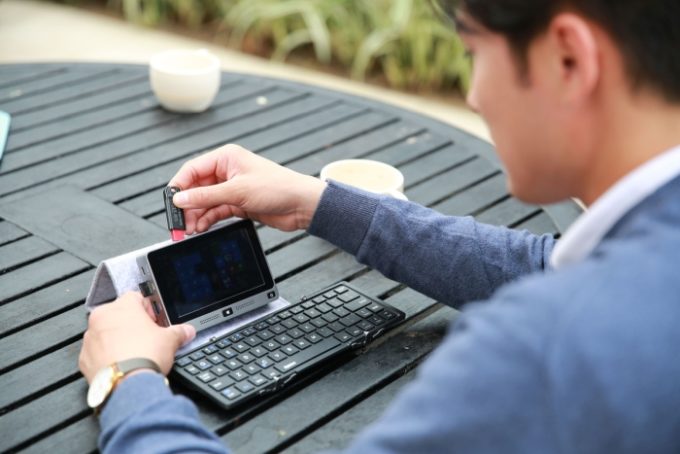 The little computer ships with two operating systems pre-installed: Windows 10 and Android 5.1… although you can pay an extra fee to upgrade to Android 7.1. That seems like an odd upgrade to have to pay for, but I wouldn’t be surprised if the folks behind this campaign are basically buying a batch of devices that meet the minimum specs and charging for upgrades that need to be conducted manually.

As I noted when I reviewed the Gole1 in 2016, this is a weird type of device that’s not quite a desktop, and not quite a tablet. It’s not really convenient enough to use as a laptop replacement, even though the Mi Mini PC version comes with a Bluetooth keyboard and a case/stand. And while it might be powerful enough to use as a basic desktop or media-center PC, you’ll probably find the built-in display useless most of the time when using the computer in that way. 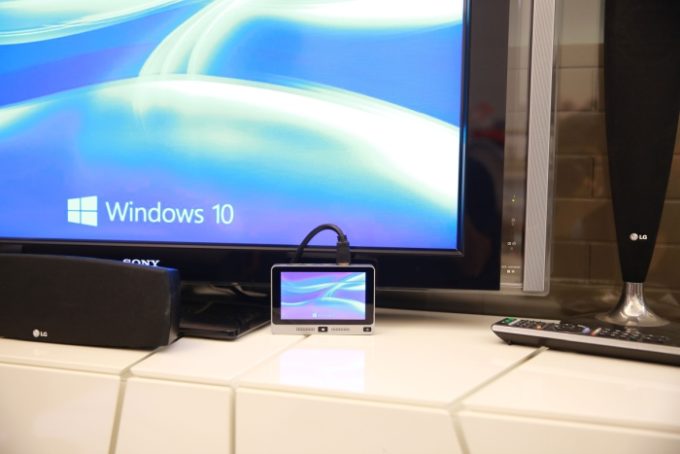 That said, if you can think of a reason you want a computer with a 5 inch touchscreen display that’s small enough to fit in a (large) pocket, and capable of running most Windows and Android applications, $149 seems like a decent price for this novelty device.