The Mi Mini PC is supposed to be a pocket-sized computer with a touchscreen display, support for dual booting Windows and Android, and surprisingly powerful hardware for a device with a list price of $299 that went up for pre-order on Indiegogo for half that price earlier this year.

In May I expressed skepticism that the developers would be able to deliver on all of their promises. And while I’m still not going to say with absolute certainty that the Mi Mini PC is a scam, it’s pretty clear now that if the device does ship it won’t be exactly what some users had been hoping for.

An update posted to the crowdfunding campaign explains that a few design changes have been made… and that the earliest the Mi Mini PC could ship at this point would be November. 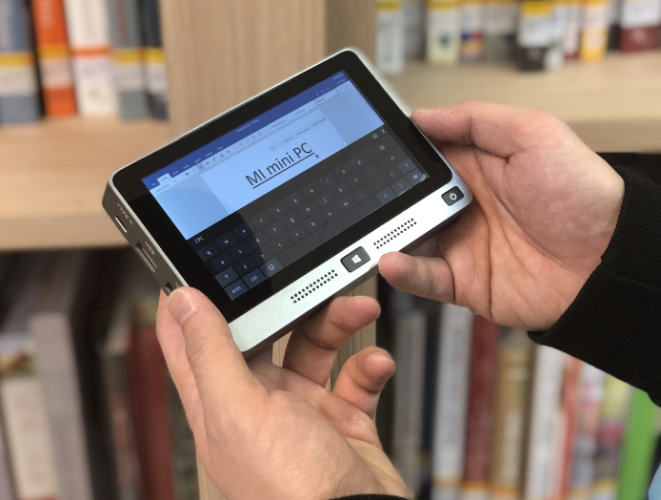 Originally the plan had been to ship the computer in September. Now mass production is said to begin in October, with shipments starting in mid-November (assuming nothing else goes wrong).

So about those changes: the original plan for the Mi Mini PC had been to build a tiny computer with a a 5 inch display, an Intel Atom x7-Z8750 processor, 8GB of RAM, and 128GB of storage. But the developers switched to a more powerful Core M3-7Y30 processor and 16GB of RAM.

Many months later, a project update explains that the new hardware generates more heat, which necessitated a new cooling system. So the Mi Mini PC will now have a larger body, a 6 inch screen instead of 5, and a fan for active cooling instead of a fanless design with passive cooling.

It would have been nice if the developers had considered the heat issue before promising the hardware upgrade earlier this year, and it’s not entirely clear why it’s taken four months to figure out that the system needs a new cooling system.

Some folks are convinced the answer is that the Mi Mini PC is a scam. A more generous explanation might be that the creators of the project were a little in over their heads, and are now trying to figure out how to build the product they had promised. This is often a risk with crowdfunded gadgets.

I’m still somewhat somewhat skeptical that it’s possible to offer a mini PC with these specs for so little money… even if the $149 starting price was just a promotional price for backers of a crowdfunding campaign. But the project has raised over $1.5 million from backers, so there are a lot of people hoping that the project does come to fruition.

It just looks like they may have to wait until November to find out.